By Inside Golf on January 9, 2018 Comments Off on Cheyenne Woods starts Aus tour at 13th Beach cheyenne woods, vic open 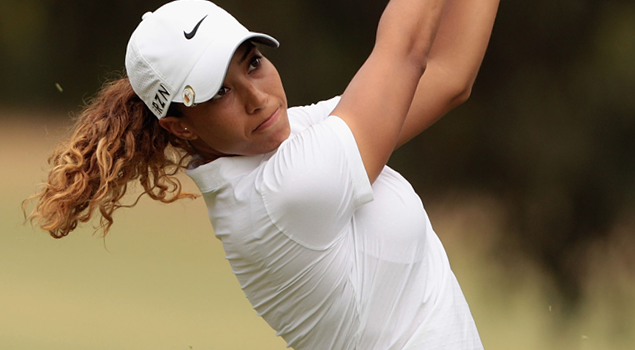 Cheyenne Woods’ new season will begin in Australia, with her first stop to be at the Oates Vic Open at 13th Beach Golf Links. Woods, the niece of 14-time men’s major champion Tiger Woods, has signed on to tee it up in Barwon Heads for the first time for a share of $650,000 from February […]

By Inside Golf on February 4, 2016 Comments Off on Oates Vic Open tees off oates vic open, vic open

The Oates Vic Open tees off today, and the biggest challenge for fans will be knowing where to look.    So many great names jump off the round one draw sheet that fans attending Thirteenth Beach Golf Links will need to plan their path among two great fields – men’s and women’s in alternating groups […]

In what is regularly one of the most exciting golf events on Australia’s summer calendar, this year’s Oates Victorian Open did not disappoint, with a fairytale finish for the combined men’s and women’s event. In front of huge galleries at the magnificent Thirteenth Beach Golf Links, Victorian Richard Green capped off a week to remember […]

History was made at the 2014 Oates Victorian Open  after Matthew Griffin successfully endured a three-hole playoff to secure his first professional PGA Tour of Australasia title on home soil. Always the bridesmaid, never the bride when playing off in his home country, his continental drought came to an end in emphatic form with spectators […]