By Richard Fellner on November 14, 2016 Comments Off on Blyth busts down door for biggest career win Adam Blyth, nsw open

Adam Blyth captured the biggest title of his career with a gritty fourth round in the NSW Open at Stonecutters Ridge. Battling winds above 40km/h, a bushfire burning in the distance, and the weight of expectation after taking a four-shot lead into the final round, Blyth composed himself on the back nine to win in […]

Aussie summer of golf tees off

Golf in Australia is back underway as the inaugural Northern Territory PGA Championship tees off the second half of the 2016 ISPS HANDA PGA Tour of Australasia schedule. The 2016 season got off to a huge start with Professionals competing for more than AU$3.8million in nine tournaments that spanned three countries. Victorian Matthew Griffin currently […]

The Australian summer of golf is taking shape with confirmation of the end of season PGA Tour of Australasia schedule. Following on from the exciting announcement that the Australian PGA Championship will be co-sanctioned by the European Tour, a further five events have set their tournament dates. “The European Tour heading back to Australian shores […]

The effervescent Joanna Klatten has confirmed she will be back to defend her title at the 2015 Bing Lee Fujitsu General Women’s NSW Open, March 6-8 at the “home” of the NSW Open, Oatlands Golf Club in Sydney. In 2014 the Frenchwoman fired a dazzling course record nine-under-par 63 closing round to win the NSW […]

By Inside Golf on November 16, 2014 Comments Off on Brown wins NSW Open in playoff anthony brown, nsw open, summer of golf 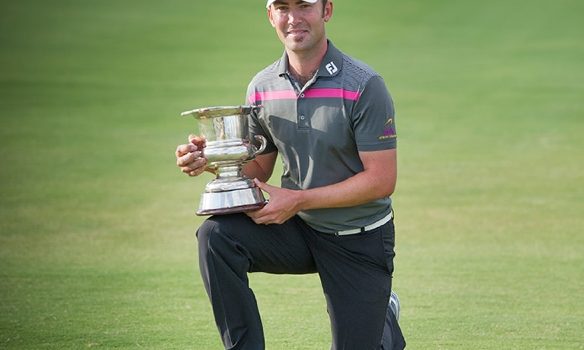 Victorian Anthony Brown has won the 2014 Mazda NSW Open after a two-hole playoff at Stonecutters Ridge Golf Club. Starting the day three shots off the lead, Brown went quietly about his business to shoot 3-under 69 and tie New Zealand’s Josh Geary at 14-under 274 at the end of regulation play. After 15 holes […]

By Inside Golf on November 25, 2013 No Comment aron price, featured, nsw open

Aron Price has won the 2013 Gloria Jean’s Coffees NSW Open Championship played at Castle Hill Country Club. Starting the fourth round tied for the lead with PGA TOUR player Steven Bowditch, Price opened with a birdie before steady play saw him claim the title by four shots with a tournament total of 19-under 269. […]