By Richard Fellner on December 15, 2015 Comments Off on Going Mental: We Tried it: Pro Golf IQ mental game

We’ve done many “we tried it” reviews in Inside Golf, but this product could very well be the most “overall game-changing” of them all. As a lifelong golf addict, I’ve taken hundreds of lessons by dozens of professionals, read thousands of instructional articles and watched countless videos and DVDs on swing mechanics and techniques. But […]

Too much analysis can create paralysis

By David Merriman on May 27, 2015 Comments Off on Too much analysis can create paralysis david merriman, golf analysis, mental golf 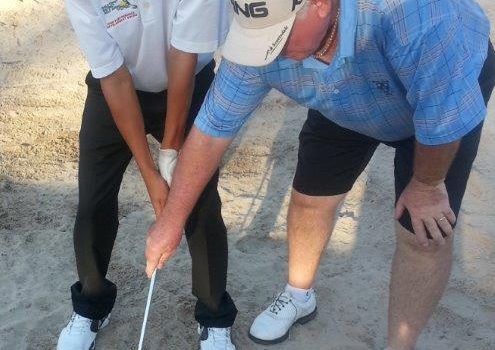 Over the past few months you would have read my articles covering the basic fundamentals of the game of golf.   One of the key components of a successful round is to know what to focus on during your golf shot.  Many of us tend to focus on too many components of the swing at any […]

The Ryder Cup and Ian Poulter, a lesson on life

By Tony Clark on March 26, 2015 Comments Off on The Ryder Cup and Ian Poulter, a lesson on life ian poulter, mental game, mental golf

I’ve met Ian Poulter, albeit briefly, as a result of being a member at Woburn in the UK, where he is the playing professional and ambassador. The aura of confidence and single-mindedness he displays means Ian might not appeal to everyone, but I like him. That opinion is shaped by my limited knowledge of his […]

By Liam Warburton on February 24, 2015 Comments Off on The most common golf mental game mistakes mental golf 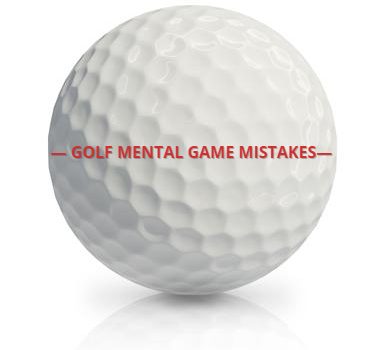 There are many golfers who are unaware that their mental approach is blocking their true potential. All shots first begin in the mind after a player assesses a shot and decides what to focus on.  These thoughts determine how a player feels and how well they swing the club in reference to their ability. Your […]

Mental skills for junior golfers (and their parents)

Even though this article is designed to help the needs of junior golfers I am fully aware that most of the readers will be the parents! Over the last thirteen years I have worked with juniors and their parents one on one to help them learn mental skills for golf in a fun structured way. […]

What makes you satisfied with your golf?

Every week on television and when I play in local competitions I notice golfers of all different standards being a little confused about what it means to be satisfied with golf. Knowing when and where to be satisfied has a big impact on our game’s performance and at a social level makes a massive difference […] 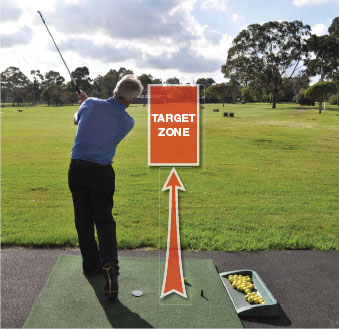 Create a philosophy to success 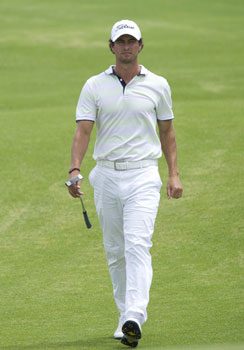 You’ve most likely fallen into the golf trap of complicating the game by having myriad thoughts enter your mind during a round of golf. This is one of the biggest mental game mistakes that golfers make. One of the best ways to combat this is to create your own ‘philosophy for success’.

The ‘Poker Face’ mentality for golf

Over the past 10 years, I have had the privilege of being a mental game coach to some of the best up-and-coming golfers in Australia. Over the past 4 years, I have also been heavily involved the game of Poker, as I not only coach a large number of poker players, but I also happen […] 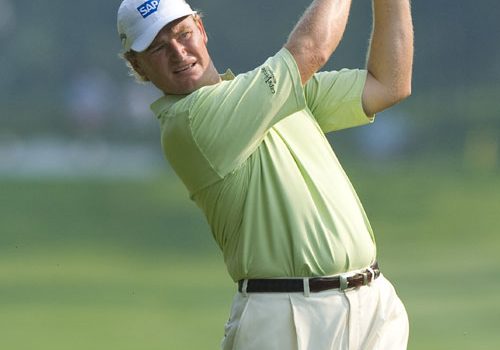 The Switch to success

By Jamie Glazier on January 25, 2011 No Comment glazier, mind

A lot of players believe that switching your focus ON is the most important aspect to achieving a consistent high level of focus. This couldn’t be further from the truth. The switching OFF after each shot is the most important component to being able to store enough focus for the latter stages of a round so that you can eliminate those late round mistakes.