By Inside Golf on May 6, 2019 Comments Off on New World Golf Handicapping System prepares for implementation in 2020 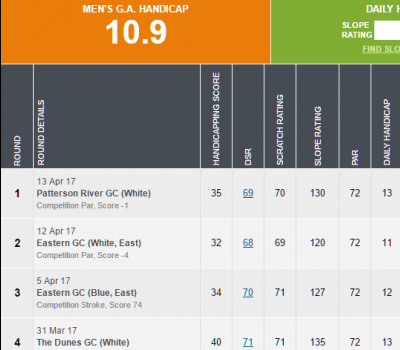 Golf’s new World Handicap System (WHS), which is designed to bring the game of golf under a single set of Rules for handicapping and provide a more consistent measure of players’ ability between different regions of the world, remains on track for implementation starting in 2020. Education has begun with events being held in Singapore, […]

By Inside Golf on February 21, 2018 Comments Off on World golf handicapping system announced world handicap

The way golfers around the world will calculate their handicaps is set to be transformed by a new system developed by The R&A and the USGA, with key features designed to provide all golfers with a consistent measure of playing ability. The new World Handicap System, to be implemented in 2020, follows an extensive review […]

By Inside Golf on April 20, 2017 Comments Off on New world handicapping system proposed

The R&A and the USGA are working with golf’s handicapping authorities to develop a single World Handicap System for the game. More than 15 million golfers in over 80 countries presently have a handicap, a numerical index long used as a measure of a golfer’s potential skill level. Handicaps are currently delivered through six […] 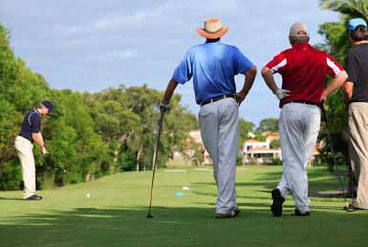 Golf’s governing bodies have relaxed rules regarding wind, hole-in-one prizes, contracts, late starts and more. The United States Golf Association (USGA) and the R&A have announced the publication of the new Rules of Golf for 2012-15. Changes in the Rules – which for the first time have been designed, published and presented jointly by golf’s […]