Tech on the Tee – the latest golfing gadgets to help you play your best!

By Inside Golf on September 8, 2021 Comments Off on Tech on the Tee – the latest golfing gadgets to help you play your best!

We Tried It – New Callaway Apex/Epic clubs and Clubfitting Studio

By Richard Fellner on May 7, 2021 Comments Off on We Tried It – New Callaway Apex/Epic clubs and Clubfitting Studio

For over a decade, I’ve been espousing the benefits of getting properly fitted for a set of clubs. Buying a stock-standard set of clubs “off the rack” is like buying a random pair of size-9 shoes for a size-10 foot – you’ll be lucky if they fit, and even more lucky if they are actually […]

By Richard Fellner on August 21, 2020 Comments Off on PGA TOUR 2K21 Videogame launches

For seasoned golf pros and rookies alike, your tee time has finally arrived: PGA TOUR® 2K21 is available now for the PlayStation®4 system, the Xbox One family of devices, including the Xbox One X and Windows PC via Steam*, Nintendo Switch™ system** and Stadia. Developed by HB Studios, the team behind The Golf Club 2019 […]

By Inside Golf on April 9, 2019 Comments Off on Adam Scott Partners with golf’s first Artificial Intelligence Technology

Adam Scott, winner of 28 professional tournaments and former world number-one golfer, has announced his partnership with Swing Index – the first artificial intelligence technology that enables millions of golfers to improve their golf swing. The groundbreaking Swing Index app provides every golfer a two-way interaction between student and coach creating a solid and necessary […]

By Richard Fellner on March 4, 2015 Comments Off on Designing ‘cool stuff that works’ cobra puma, technology

What excites you most about Cobra’s current gear? There’s a bunch of things really. The Fly-Z+ is our flagship driver, and we have something called a Flip-Zone weight where we can move the weight from front to back. The big debate in the industry is….TaylorMade says put the weight in the front, PING says put […]

By Inside Golf on September 20, 2014 Comments Off on We tried it: GolfZon golfzon, simulators, technology

Virtual golf is not a new concept in Australia, with facilities rapidly popping up all over the country.  Being able to fine-tune your swing at any time of day or night, in any weather conditions is an attractive proposition for those who are time-poor. In Sydney, a new player has entered the market, and in […]

By Inside Golf on July 22, 2014 No Comment gps, launch monitor, sureshot

What TrackMan has taught us about driving the ball

I see many golfers on the driving range who try and set up to the ball with driver in a ‘square’ position much the same as they would do when playing an iron off the ground. In recent years however, we Professionals who teach with TrackMan have developed a greater understanding of the differences between […]

We chat with Roger Cleveland

By Inside Golf on April 22, 2014 No Comment callaway, featured, roger cleveland

He loves Australian golf, just helped to launch the new Big Bertha, and has been a staple of the golf industry for over 25 years. Roger Cleveland recently sat down with Inside Golf to discuss his club designs with industry super-power Callaway. The Big Bertha is back. What prompted that? Well, we have two new […] 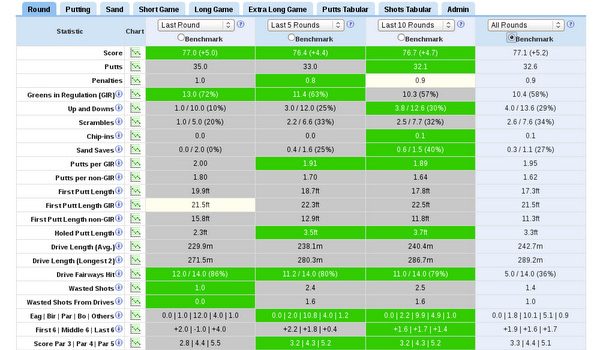 Last month, we introduced you to ShotsToHole.com, a web-based data collection tool that allows golfers and coaches to measure and analyse over 70 golf stats, set and track goals, monitor progress and more. ShotsToHole.com has been adopted by many Tour players, including PGA TOUR pro Patrick Reed—who, having worked on specific skill sets to improve […]

Golf studios on the leading edge in Australia

By Richard Fellner on March 25, 2014 No Comment golf studios

For years Inside Golf has been espousing the benefits of clubfitting and golf instruction technology to help golfers of all levels play better golf.  With the aid of launch monitors, video cameras, advanced computer programs and motion capture technology, you can now see—in minute detail—exactly what is happening during every microsecond of your swing. From […] 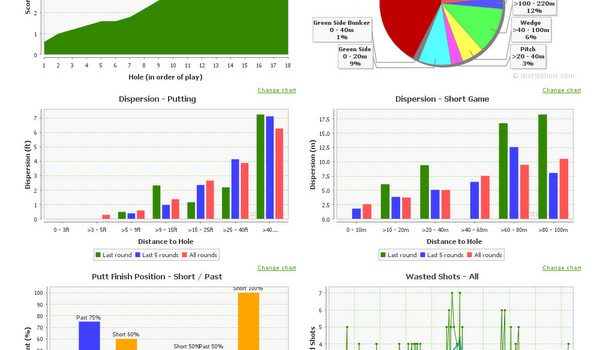 STATISTICS in golf are an increasingly prevalent part of the modern game. Fairways Hit, Greens in Regulation, Putts and Sand Saves are a few of the many metrics that golfers measure each round. Many apps and websites have been designed to collect and analyse these major golf statistics. After (or during) a round, a golfer […]

Designing golf balls from the inside out

By Inside Golf on June 26, 2013 No Comment callaway, technology

What goes into the design of today’s high-tech golf balls? In this Q&A with Dave Bartels, Senior Director, Callaway Golf Ball R&D, we discover the “ins” and “outs” of creating high-performance balls for a variety of players.   How did you find your way into golf ball engineering? I was working as an engineer at […]

By Henry Peters on June 21, 2013 No Comment ballarat, technology

A brand-new practice facility in Melbourne ‘s east is ticking all the boxes for golfers looking to improve their game. Opened in May, the new Kingston Links Driving Range & Improvement Centre in Rowville marks an important step in the rejuvenation of the Kingston Links facility. Dubbed “The People’s Course” for its friendly staff and […]

Clubfitting and golf instruction technology has come a long way over the years. What was once the domain of elite touring professionals has slowly trickled down to the masses, allowing golfers of all levels to benefit from sports science’s most exciting breakthroughs.

By Richard Fellner on October 1, 2012 No Comment clubfitting, taylormade

Inside Golf recently invited some Melbourne golfers to take part in the TaylorMade R11s Driver Challenge.  Held at the impressive TaylorMade Performance Lab at the Melbourne Golf Academy, the golfers were put through a complete fitting and testing experience to determine their ideal driver specs, and see how their current drivers matched up to the […] 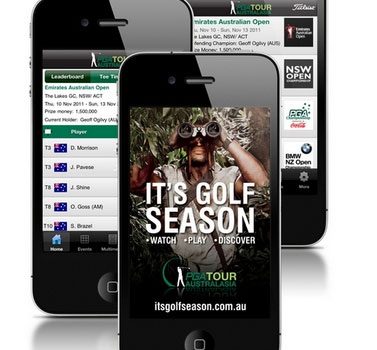