Ask not what your golf club can do for you

By Inside Golf on April 17, 2020 Comments Off on Ask not what your golf club can do for you covid-19

How are golf club members responding to membership renewals during this chaotic Covid-19 situation? How are you responding? Here’s a very insightful opinion piece from Ian Cottle, GM of Burleigh Golf Club on this very topic: The last six to eight weeks has seen incredible change both here in Australia, and around the globe, with […]

By David Newbery on August 10, 2018 Comments Off on GM Mark Brady keeps eye on ball

IT was inevitable Mark Brady, the general manager at Noosa Springs Golf and Spa Resort, would end up with a career in sport. A sports fanatic from a young age, Brady first worked in the banking industry (10 years) followed by a role as a sales administrator that lasted five years. He then set […]

The latest news from GMA

By Inside Golf on August 6, 2018 Comments Off on The latest news from GMA

Here is a recap of the latest news from Golf Management Australia ‘One GMA’ progress Over the past 12 months, GMA has undertaken a project to develop a more ‘unified’ approach to GMA-related activities across the country,with the project progressing well to date. The project has involved consultation with each state executive over the past […]

By David Newbery on May 22, 2018 Comments Off on Toowoomba’s Zirkler: from trainee to general manager

QUALIFIED accountant Johnathon Zirkler, who did his PGA traineeship at Toowoomba Golf Club at Middle Ridge on Queensland’s Darling Downs, has returned to his old stomping ground as general manager. Inside Golf caught up with Zirkler to find out about his transition into golf club management. What has been your career path to managing Toowoomba […]

By David Newbery on April 24, 2018 Comments Off on New GM, green light for Devilbend GC

Devilbend Golf Club on Melbourne’s Mornington Peninsula lives on thanks to the local council who granted the club a new 21-year lease that will take them through to 2039. And in further good news the club’s former general manager Tim O’Sullivan has returned to take charge. O’Sullivan was general manager at Devilbend GC from 2004-2010 […]

By David Newbery on March 12, 2018 Comments Off on Wendy aces top job at Beerwah

NON-GOLFER Wendy Carey never thought she would carry the title “general manager” when she started a part-time job at Beerwah Golf Club on Queensland’s Sunshine Coast. “I had never been involved in golf when I started working here and I certainly had no idea it would lead to the manager’s job,” she said. After […]

By David Newbery on September 8, 2017 Comments Off on Toowoomba GM Josh headed in the right direction

IT’S been a year since Josh Madden joined Toowoomba Golf Club as general manager and in that time he has worked diligently to create, build and complement a great team that is working together and is on the same page when it comes to the golf club’s direction. “When I arrived here, one of the […]

By David Newbery on June 28, 2017 Comments Off on Andy powers into GM role at Wantima

WANTIMA Country Club in Brisbane’s northern suburbs lives up to its reputation as being a family-friendly club and general manager Andy Lowen ensures his members and guests enjoy service with a smile. Wantima also happens to be PGA Tour player Cameron Smith’s home club. As a three-year-old, Smith starting honing his skills around Wantima where […]

There is an art to being GM Tracey-Lea

By David Newbery on May 30, 2017 Comments Off on There is an art to being GM Tracey-Lea Links Hope Island

AFTER 12 months at the helm, Tracey-Lea Tiley has settled beautifully in the general manager’s role at Links Hole Island Golf Club on the Gold Coast. As the leader of a multi-million dollar business, she revels in her work and happily puts in 11-hour days to ensure the club runs smoothly. “This is my second […]

WHEN Marcus Sullivan started as a golf shop assistant at Arundel Hills Country Club 20 years ago, not even he could imagine he would return one day as the club’s general manager. It’s been almost a year since Sullivan parked himself behind the GM’s desk and in that time he has overseen a number of […]

Wendy Perry has a lot on her plate as general manager of Byron Bay Golf Club, but she wouldn’t have it any other way. Ms Perry, who has been at the helm at Byron Bay Golf Club for two years following a four-year stint as administration manager, has the club industry running through her veins. […]

CALOUNDRA Golf Club has been one of the Queensland Sunshine Coast’s golfing institutions since 1951 and remains a traditional club with a healthy membership. The club’s general manager Jason Looker has been at Caloundra for a decade and, along with a strong management committee and staff, keeps the operation running like a well-oiled machine. Looker […]

By David Newbery on May 3, 2016 Comments Off on US conference inspires Aussie GMs gmaq, golf managers

By David Newbery on May 2, 2016 Comments Off on Scot Charlie McGill GM of the year general managers, maroochy

MAROOCHY RIVER Golf Club general manager Charlie McGill still remembers having less than $50 in his pocket when he arrived from his native Scotland to start a new life in Australia. That was 33 years ago. Of course, today he has a few more bob in his pocket along with the Golf Management Australia (Qld) […]

By David Newbery on April 4, 2016 Comments Off on GM Mark Whiting answers the call general managers

BALLINA Golf and Sports Club general manager Mark Whiting was halfway through an interview with Inside Golf when he excused himself to answer a telephone ringing in the background. Soon he returned to apologise for his short absence. “The office manager had to take her dog to the vet so while I’m talking to you […]

GM Brett Holland is on a mission

By Richard Fellner on February 17, 2016 Comments Off on GM Brett Holland is on a mission brett holland, general managers

BRETT Holland, the general manager at Coolangatta & Tweed Heads Golf Club, is not one to allow the grass to grow under his feet. More than a decade ago, as GM at Murwillumbah Golf Club, he recognised the golf industry was in decline and implemented major changes at the northern New South Wales club. Today […]

By David Newbery on December 7, 2015 Comments Off on Meet globetrotting GM Mark Holland

IN the mid-1980s, Mark Holland quit professional tennis to start a career that has led to managing some of the best golf clubs and resorts around the world. For the past 30 years, he has plied his management skills in the Middle East (Abu Dhabi and Kuwait), Singapore, Korea, Indonesia, Macau, Fiji and Australia where […]

By David Newbery on May 25, 2015 Comments Off on Headland Manager Ben learns from the best Headland Golf Club, ben dobson, kingston heath

IAN Cottle, general manager of Burleigh Golf Club on the Gold Coast, doesn’t believe it takes too long to play a round of golf. “I enjoy the four-or-so hours it takes to play a round,” he said. “Sometimes when playing nine holes you can feel like you are just getting warmed up.” Inside Golf caught […]

By Bill Colhoun on February 24, 2015 Comments Off on We chat with: David Scott, Deputy General Manager at Riverside Oaks

DAVID Scott is a shining example of the emerging new age of PGA golf club professionals in the Australian golf industry. Scott, the Deputy General Manager of Riverside Oaks – one of Australia’s biggest and leading golf resort-residential-playing complexes—is a graduate of the PGA’s International Golf Institute and the follow-on PGA club Traineeship. In less […] 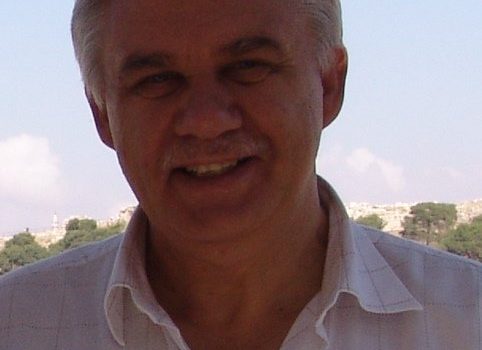 HE’S held a number of interesting jobs in his working life, but Magenta Shores Golf and Country Club general manager Roger Morris reckons his current position is right up there with the rest of them. Morris started his career working in international hotels before landing key positions at The Australian Golf Club and Castle Hill Country […]

For Wayne, it’s all about the quality

By Henry Peters on December 19, 2014 Comments Off on For Wayne, it’s all about the quality general managers, heritage, sutherland

Just four months into the top job at The Heritage Golf and Country Club, General Manager Wayne Sutherland has vowed to give the club’s members the best value golf and lifestyle offering since the venue’s inception in 1999. The Heritage was sold again recently for a reported price tag just shy of $18 million and […]

A woman’s touch at Castle Hill

By David Newbery on December 5, 2014 Comments Off on A woman’s touch at Castle Hill castle hill, melissa ellis

WHEN Melissa Ellis took on the general manager’s role at Castle Hill Country Club two years ago, a few bold members gave her the moniker “non-golfing sheila” but it didn’t take long for the sobriquet to wear off. “I came from a non-golfing background so when I first started here that’s what they called me, […]

AS a nightclub bouncer, prison officer and pub manager, Aaron Muirhead knew a thing or two about keeping people in check. But having spent close to a decade in irksome jobs he decided to change careers and now works as the general manager at Nudgee Golf Club in Brisbane. The prison system and the pub […]

COULD more dialogue between the game’s governing bodies and public golf course operators be a solution to growing the game? It’s a view put forward by Matt Day. The general manager of Perth’s Wembley Golf Course says the attitude towards public golf courses needs addressing and sees an opportunity for Golf Australia and the PGA […]

BEING a golf club manager and a rules expert can be equally challenging, says Scott Wagstaff. Scott is the general manager at Carbrook Golf Club in Brisbane’s southeast and each year acts as a rules official at the Australian Open so he should know. The 37-year-old, known as the Shark Whisperer by some of his […]

Changing of the guard

By David Newbery on March 12, 2014 No Comment cairns, nerida wilson 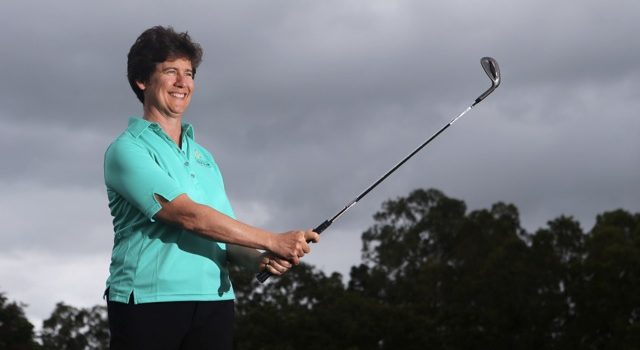 CAIRNS Golf Club’s past president Paul Chirio says the Tropical North Queensland club is in safe hands following the appointment of Nerida Wilson as the club’s first woman president in its 90-year history. “The club has had its financial challenges in recent years, but with Nerida at the helm, and with a new board, we […]

ANGLESEA Golf Club general manager Rachel Kane lives in the heart of Geelong footy territory and many of the club’s members are Cats fans, but that hasn’t stopped her splashing Hawthorn memorabilia around her office following the Hawks grand final victory. “You should see my office window, it has flags, posters and scarves in it,” […]