Callaway Golf Company has announced their new Chrome Soft X LS Golf Ball. It’s designed for maximum distance from a lower spin profile, and features all of the fast ball speed characteristics from the Company’s popular, Tour-proven Chrome Soft X. This new golf ball is especially suited for better players who want to “bomb it” […]

By Inside Golf on February 28, 2021 Comments Off on TaylorMade TP5 and TP5x Golf Balls

TaylorMade has once again pushed the boundaries of performance by redefining the path to distance with its new Tour Flight Dimple Pattern – designed to provide improved aerodynamics and carry distance at every level of the game. The revolutionary new dimple design has a unique dual-radius shape that decouples dimple volume from depth to optimise […]

Increasing performance through every single layer of the golf ball, the new Titleist Pro V1 and Pro V1x models are designed for longer distance, even more greenside spin and control and softer feel – with the unmatched ball-to-ball consistency and quality that golfers expect from Titleist. New Pro V1 offers the greatest combination of speed, spin […]

By Richard Fellner on February 25, 2021 Comments Off on Callaway ERC Soft

ERC Soft is Callaway’s longest golf ball with soft feel, and it’s built for increased control around the green. To create all that distance, Callaway have developed a High Energy Core that promotes maximum speed and total performance from tee-to-green. The ERC Soft features a new Hybrid Cover with a PARALOID Impact Modifier made by […]

By Richard Fellner on February 25, 2021 Comments Off on Bridgestone e12 CONTACT

The new Bridgestone e12 CONTACT is straight distance you can see. The true game-changer is a new CONTACT Force dimple, which features a unique structure with a raised area in the centre and an outer portion that slows horizontal rotation during flight. The raised area allows for 38% more contact with the clubface at impact […]

By Inside Golf on February 23, 2021 Comments Off on Srixon Z-STAR Series

The seventh-generation Z-STAR features a 0.6mm cover that is thicker than previous generations for enhanced spin and control around the greens. When paired with the revolutionary FastLayer Core that dramatically increases ball speed to deliver maximum distance, the new generation offers unparalleled feel.  For 2021, the new Z-STAR XV features a reformulated inner core for […]

Supersoft has been one of the most popular balls for years, with golfers who like it so much that they won’t play anything else. Now Callaway have combined incredible cover, core and flight technologies to make it even better. Supersoft Exceptional Distance, Spin, Feel & Control A new Hybrid Cover features an innovative PARALOID™ Impact […]

By Richard Fellner on April 8, 2019 Comments Off on We Tried it: MIZUNO RB TOUR AND RB TOUR X Ball

Last month, we tested the latest tour-calibre, four-piece golf balls from Mizuno, the RB TOUR and RB TOUR X, touted for their optimum greenside feel and excellent performance in the wind. 12 years in the making, the new ball is the result of rigorous wind tunnel testing at Mizuno’s test facility in Japan. Inside Golf […]

Callaway has revealed its all-new 2018 Chrome Soft and Chrome Soft X Golf Balls with Dual SoftFast™ cores, featuring space-age graphene, the strongest and thinnest material known to man. Graphene, 200 times stronger than steel but flexible enough to be bent, twisted, folded and stretched without breaking, has added incredible strength to the outer core of […]

Callaway has unveiled three colourful additions to its golf ball family, with the launch of Superhot Bold Golf Balls. Callaway has taken the success of its super long, super straight Superhot Golf Ball and introduced three on-trend matte finishes to ensure golfers can add some colour to their game, without compromising on-course performance. In addition […]

By Richard Fellner on May 26, 2015 Comments Off on We tried it: Callaway Chrome Soft Golf Ball Chrome soft, callaway golf

Boasting Callaway’s softest core with low compression and a Tour Urethane cover, the new Chrome Soft Golf Ball by Callaway has been making plenty of headlines recently, with players of all levels flocking to give these little gems a bash. Last month, Inside Golf’s review team took the Chrome Soft Golf Balls onto the course […]

Callaway’s new Chrome Soft Golf Ball has the softest core with low compression and a Tour Urethane cover, meaning you no longer have to choose between feel and distance. The ball’s SoftFast Core is designed to reduce spin and retain energy off the driver to maximize ball speed and distance. With a low 65 compression, […]

We Tried It: Vision ProSoft 808

Chances are, you’ve heard of (and have seen) the popular Vision+ golf balls. Conceived and designed by Aussies Bill and Wayne Bosley, the Vision+ balls have become famous for their big, ultra-bright visibility and the equally big numbers on the side. Great for players of all levels, the Vision brand has quickly grown in popularity […]

By Richard Fellner on January 25, 2011 No Comment callaway, golf balls

The new HX Diablo Tour provides the optimum combination of distance, feel and control in a 3-piece performance golf ball

By Richard Fellner on January 14, 2011 No Comment golf balls 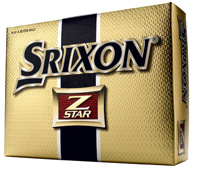 Played by PGA TOUR professionals Vijay Singh and Jim Furyk — as well as a rapidly growing contingent of professional golfers worldwide — the new Z-STAR and Z-STAR X are designed to offer best-in-category performance for players seeking the improved distance, spin, and feel. The Z-STAR golf ball is designed to be the best-balanced golf […]