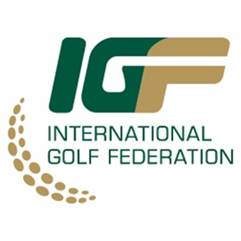 The International Golf Federation and International Olympic Committee have announced an adjustment to the qualifying system for the Tokyo2020 Olympic Games to accommodate the new dates of competition in 2021. In light of the one-year delay, athletes now will accumulate Olympic Golf Rankings (OGR) points through a period ending on 21 June 2021 for the […]

By Richard Fellner on September 18, 2016 Comments Off on Golden moments: Olympic Golf a major victory olympics

To those who doubted the validity of golf in the Olympics, it’s time to admit that you may have been wrong. Yes, the format was uninspired, and the threat of Zika made all the headlines prior to the event, but when all was said and done, the game of golf put on a gold-medal-worthy performance […]

By Inside Golf on April 20, 2016 Comments Off on Scott to skip Olympics Adam Scott, olympics

Adam Scott has confirmed that he will not play in the 2016 Olympic Games in Rio de Janeiro, Brazil. The world No.7 said that scheduling and family commitments will prevent him from participating in the games as golf returns to the Olympics for the first time since 1904. “My decision has been taken as a […]

By Inside Golf on May 21, 2014 No Comment architecture, hanse, olympics, rio

The Olympic Golf Course in Barra de Tijuca, Rio de Janeiro is taking shape. On Tuesday 20 May the process of planting grass commenced on the first of the 18 holes, hole number 8. Grassing is considered to be the final stage of the project and the predicted timeline for grass growth is 11 months. […]

No Silver Lining: when your best isn’t good enough

What is it with the media these days? Following Adam Scott’s unfortunate performance at The Open Championship, words like “Choke” and “Collapse” rushed to the fore throughout the media, with overdramatic journalists dredging up stories about Greg Norman’s 1996 Masters, or Jean Van de Veld’s 1999 Open Championship, or the other “greatest chokes in history” […]

In what may be a stunning surprise to many, US-based Hanse Golf Course Design won the bid to design the golf course in Rio de Janeiro for the Olympic Games in 2016, beating out industry favourites including Jack Nicklaus, Greg Norman, Gary Player and Peter Thomson.