By David Newbery on March 8, 2018 Comments Off on Ionna Muir, 10, one to watch junior golf, juniors

SHE is only a 10-year-old and already Ionna Muir’s golf is rated 10 on a scale of 1 to 10 for her age. That’s because when Ionna hits the golf ball, other golfers take more than a passing interest. Not much taller than a golf bag, the youngster plays out of the Maroochy River Golf […]

By Inside Golf on March 31, 2016 Comments Off on Cammeray Golf Club tees off its Schools Program juniors

Cammeray Golf Club has been well rewarded for its efforts to make the club and course more attractive to families and juniors in the local area. Cammeray Public School has jumped on board. 60 of their school kids aged 7 to 12 will take part in a 5 week program run by US Kids Golf […]

THE global golf spotlight has been shone on Australia this year, led by Jason Day’s ascension to the world number one ranking, and the news we will stage the 2016 World Cup. Other Aussie golfers—professional and amateurs, men and women, young and old—have shown that, per-capita on potential golf talent we can match it with […]

Young Cassie bound for US

By Richard Fellner on June 15, 2015 Comments Off on Young Cassie bound for US juniors

PEREGIAN Springs Golf Club’s junior golf program is going from strength to strength with Cassie Porter headed for the Amateur Athletic Union Veritas Junior Olympic Games Golf Championship in the USA. The 12-year-old won the right to represent her country after winning her age division at the Australian Junior Age Division Golf Championship at Mercure […]

By Inside Golf on March 2, 2015 Comments Off on Golf Queensland announces teams for Junior Interstate Series golf qld, juniors

Golf Queensland has announced the 2015 Queensland Junior Interstate Boys’ and Girls’ Teams to compete in South Australia in April. Queensland Head Coach, Tony Meyer said the selected players have displayed solid form over the past year and thoroughly deserve their places on the teams. “Being selected in the Queensland teams is recognition for their […]

Juniors go for gold in WA

By Inside Golf on September 20, 2014 Comments Off on Juniors go for gold in WA juniors, kalgoorlie

Juniors in WA will strike gold again this year at the 2014 Smarter than Smoking – Goldfields Junior Desert Open. The Goldfields Golf Club of Kalgoorlie-Boulder will be staging the event for the third time on the 1st and 2nd October. The STS-GJDO is a WA state junior ranking event over 36 holes of stroke. […]

By Inside Golf on September 20, 2014 Comments Off on Micheluzzi and Shin crowned NSW Junior Champions JNJG, juniors

Despite a tough final round in the 2014 Subaru State Championships, Victorian David Mucheluzzi held his nerve to take the highly-coveted Junior title.  Micheluzzi’s rounds of 68, 66, 67 and 77 saw him finish the tournament at 3-under par, just enough to hold off Queenslander Liam Andersen, who finished with a four-round total of even […]

IN its never-ending search for junior golfers, the Brisbane-based Greg Norman Golf Foundation (GNGF) spreads its message far-and-wide. Last month the foundation, which for many years has taken golf to schools in some of the state’s most remote areas, visited the small town of Duaringa. Duaringa, 700kms northwest of Brisbane, has a population of approximately […]

By Inside Golf on August 27, 2014 Comments Off on Junior-AM raises $10,000 for Junior Golf JNJG, jack newton junior golf, juniors

Jack Newton Junior Golf and Golf NSW were pleased to be able to hand over $10,000 to Golf Illawarra for the development of junior golf in the region.  The inaugural JNJG Junior AM took place last month at The Grange Golf Club with 26 groups getting involved in the initiative developed to support junior golf. […]

JUNIOR golfer Darcy Habgood fired a one-under par 72 to set a new women’s course record at the Toowoomba Golf Club at Middle Ridge. Needing a par on her last hole (ninth hole) to break the previous record held by Leah Hart, Darcy rolled in a three-metre breaking putt to seal the deal. The 14-year-old is having […]

WHAT does US PGA Tour star John Senden do when he takes a well-earned break from the world’s richest tour? He comes home to Brisbane and heads for Keperra Country Golf Club where he honed his incredible skills. In late June-early July, Senden spent time playing golf with his dad Gerry and some of the […]

Mental skills for junior golfers (and their parents)

Even though this article is designed to help the needs of junior golfers I am fully aware that most of the readers will be the parents! Over the last thirteen years I have worked with juniors and their parents one on one to help them learn mental skills for golf in a fun structured way. […]

Schweppes helps juniors to ‘Tee it up’

By Inside Golf on May 1, 2014 No Comment juniors, schweppes 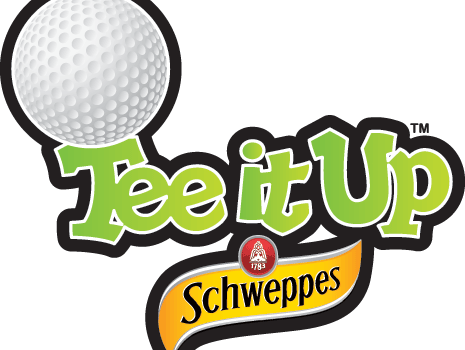 The past 12 months have been something that couldn’t be scripted with the resurrection of Golf here in Australia. The obvious catalyst for this was the 2013 breakthrough win at Augusta National, with Adam Scott creating history as the first ever Australian winner of the US Masters event. Adam’s commitment to play all Australian events […]

QUEENSLAND volunteer of the year Terry Ward says the golf industry would benefit from a volunteers program that compensates younger golf club members who volunteer their time.

I received a phone call the other day from a very frustrated junior golfer. “Why do members hate us juniors so much?” he asked. I was taken aback for a moment, as I pondered this rather unexpected question. It turns out that the club where he recently took up a junior membership had begun restricting […]

By Inside Golf on July 22, 2012 No Comment featured, juniors, minjee lee, womens

By Inside Golf on December 14, 2011 No Comment appleby, featured, juniors

Stuart Appleby is well known for his extraordinary golfing achievements around the world but on home soil he is also known for his contribution to junior golf.  In 2012, the evolution of his beloved junior golf foundation, Stuart Appleby Junior Golf, will take its next steps, joining forces with Golf Victoria to form the development […]