By Inside Golf on March 14, 2018 Comments Off on Trio Tie on Gold Coast steven jeffress

Brett Coletta, Steven Jeffress and Brett Rankin have been declared joint winners of the Qantas Golf Club Gold Coast Challenge. Victorian Brett Coletta made 10 birdies in his second round of 10 – under par 64 to go alongside his opening 3-under-par 69. The impressive 21-year-old began his round on the 4th hole at Links […]

West Australian Daniel Fox has recorded his second ISPS HANDA PGA Tour of Australasia victory, taking out the Coca-Cola Queensland PGA Championship presented by Wippells Volkswagen. Fox finished his tournament at City Golf Club with a round of 5-under 65 to move to 18-under the card, he faced a nervous wait as Canberra’s Matt Millar, […] 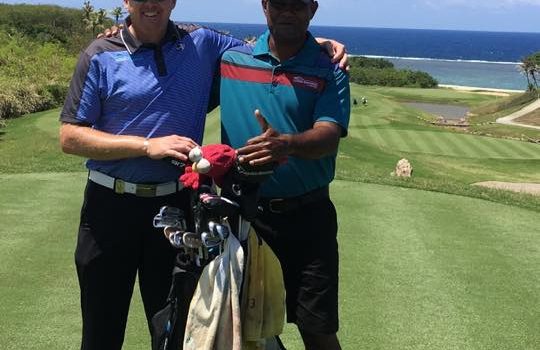 INSIDE GOLF columnist and Tour veteran Steven Jeffress, and young gun Jake Higginbottom are tied for the lead after three rounds at the Fiji International. Starting the day with a two shot lead, Higginbottom watched it quickly evaporate before maintaining his composure on a tough day to shoot 1-under 71 to be 8-under the card […]