Fraser to tee off season at Vic PGA

By Inside Golf on January 31, 2017 Comments Off on Fraser to tee off season at Vic PGA marcus fraser, vic pga

Marcus Fraser will tee it up in the Victorian PGA Championship at Huntingdale Golf Course this week, his first time competing in the tournament for more than 13 years. With a European Tour schedule that keeps him far from home early in the year, Fraser has elected to miss the Desert swing with his daughter […]

Fraser in the lead after Round 1 of Olympic Golf

By Inside Golf on August 12, 2016 Comments Off on Fraser in the lead after Round 1 of Olympic Golf marcus fraser, olympic golf, rio

On the momentous day when golf was reunited with the Olympic movement after a 112-year absence, Australian Marcus Fraser emerged from a latter-day band of Olympic brothers with the lowest score of a thrilling opening day’s play in Rio de Janeiro. As a new era dawned for the sport amid the colossal carnival which represents […]

Fraser on top in Malaysia

By Inside Golf on February 22, 2016 Comments Off on Fraser on top in Malaysia marcus fraser, maybank malaysia

Australian Marcus Fraser curled home a clutch 18-foot par putt on the last green to lift the inaugural US$3 million Maybank Championship Malaysia by two shots on Sunday at the expense of a heartbroken Soomin Lee of Korea. Fraser trailed overnight leader Lee throughout the final round at the Royal Selangor Golf Club before taking full […]

By Inside Golf on December 15, 2014 Comments Off on Fraser, Hend grab spots at The Open marcus fraser, scott hend, the open

Marcus Fraser narrowly missed out on claiming his first win since 2010 at the 2014 Thailand Golf Championship, but his disappointment was largely offset by the knowledge that he had qualified for The Open at St Andrews next year. The Australian, who finished in a tie for second alongside Martin Kaymer, a shot behind winner […]

By Richard Fellner on September 10, 2013 No Comment marcus fraser 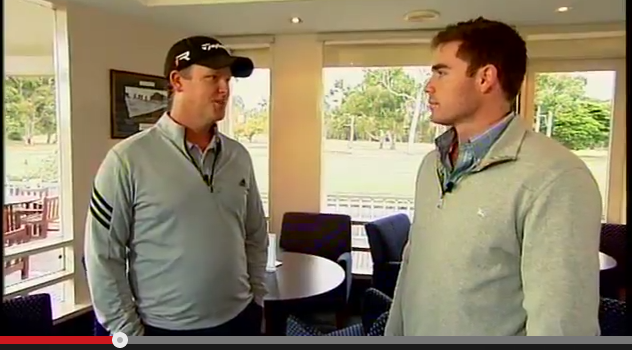 Inside Golf’s Henry Peters chats with professional golfer–and self-confessed “Rev Head”–Marcus Fraser about life on tour, his most memorable moments and more.

Fraser among US Open qualifiers at Walton Heath

By Inside Golf on May 28, 2013 No Comment european tour, marcus fraser

Simon Khan put his play-off defeat in the BMW PGA Championship behind him to secure one of the 12 spots on offer in the US Open qualifier at Walton Heath. Khan admitted he had a sleepless night after losing to Italian Matteo Manassero on the fourth extra hole at Wentworth in The European Tour’s flagship […]

By Inside Golf on September 3, 2012 No Comment asian tour, featured, marcus fraser

Australian Marcus Fraser has jumped into the top spot on the Asian Tour’s Order of Merit after finishing tied second in the Omega European Masters in Switzerland. Fraser earned US$174,354 at Crans-sur-Sierre Golf Club to increase his season’s tally to US$448,710, some US$8,500 ahead of previous leader Jbe Kruger of South Africa who missed the halfway cut last week.

Australia’s Marcus Fraser returns to the Open Championship this week, marking his third appearance in the event. Here are his thoughts on playing in what is arguably THE Major in world golf: