By Inside Golf on April 10, 2018 Comments Off on Reed grabs maiden Major at US Masters US Masters, golf majors

Patrick Reed claimed his maiden Major Championship title after holding off the charges of Jordan Spieth and Rickie Fowler to win the Masters Tournament, becoming the third consecutive European Tour Member to slip on the Green Jacket. The final day was billed as a potential classic, especially as Reed teed off alongside Grand Slam-chasing Rory […]

History will be made once again at the home of golf in 2021 when The 150th Open is played at St Andrews from 11-18 July. Marking a true celebration of golf’s original championship and its historic ties to St Andrews, the occasion will be the 30th time that The Open has been played over the […]

Davis, Blixt and Jones qualify for The Open

By Inside Golf on December 1, 2017 Comments Off on Davis, Blixt and Jones qualify for The Open golf majors, the open

Cameron Davis, Jonas Blixt and Matt Jones secured their places in the starting field of The 147th Open after qualifying at the Emirates Australian Open. The 102nd staging of the championship, played at The Australian Golf Club in Sydney, was the first opportunity for players to book their place at Carnoustie next year through The […]

OPEN Championship winner Jordan Spieth and US Open winner Brooks Koepka were the only two major winners to make the cut in all four majors – the US Masters, US Open, Open Championship and US PGA Championship. Masters champion Sergio Garcia was in the mix going into the final major, but he missed the cut […]

The Open Championship Preview: The A to Z of Royal Troon

By David Newbery on July 13, 2016 Comments Off on The Open Championship Preview: The A to Z of Royal Troon golf majors, the open 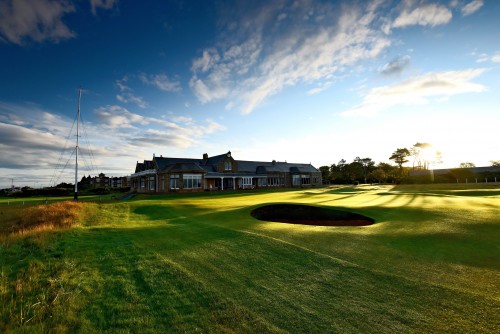 FOR the ninth time in 93 years, the Open Championship returns to Royal Troon Golf Club from July 14-17. Founded in 1878, Royal Troon is renowned as one of the greatest links courses. The Old Course represents a stern golfing examination and, in particular, the inward half of Royal Troon is widely accepted as the […]

By David Newbery on June 16, 2016 Comments Off on I’ll take even par, says Spieth golf majors, us open

REIGNING US Open champion Jordan Spieth has suggested Oakmont, host to this month’s US Open, is arguably golf’s toughest test. “I know that if you win a US Open at Oakmont, you can go ahead and say that you’ve conquered the hardest test in all of golf because this is arguably the hardest course in […]

By Inside Golf on August 17, 2015 Comments Off on A Major Day: Jason wins USPGA golf majors, jason day

Jason Day has finally added a long awaited Major title to his name, securing the PGA Championship this morning at Whistling Straits. Firing a history-making score of 20-under 268, Day has also set a new record for the lowest to par score to win a Major Championship. This was previously set at 19-under the card […]

By Richard Fellner on June 22, 2015 Comments Off on Jordan Spieth captures US Open golf majors, jordan spieth, us open

Jordan Spieth has stamped his name indelibly into the history books, capturing the 2015 US Open at Chambers Bay in Washington. On a course that was widely criticised by players and fans on Social Media for its overly-difficult layout, small target areas and ultra-slick and patchy-looking greens, Spieth outlasted a quality field in a final […]

A major lesson from the two Rs, Rickie and Rory

By David Newbery on August 17, 2014 Comments Off on A major lesson from the two Rs, Rickie and Rory golf majors, rickie fowler, rory mcilroy

OH boy, if the standard of golf played at the 96th US PGA Championship is an indication of what’s to come in the years ahead then the game is going to be exciting and fun to watch. Forget education’s three Rs, in golf circles right now it’s about the two Rs – Rory and Rickie. […]

Senden has a Major on his mind

By David Newbery on August 7, 2014 Comments Off on Senden has a Major on his mind golf majors, john senden, pga championship

JOHN Senden, one of the best less-heralded golfers in the world, believes he has what it takes to win a major championship despite being on the wrong side of 40. Many commentators and aficionados opine that professional golf is a younger person’s game. Still, Senden, who is 43, says age is just a number. Perhaps […]

OFTENTIMES logic goes out the window when trying to pick a winner of the year’s final major – the US PGA Championship. Still, if you listen to logic then Germany’s Martin Kaymer and Northern Irishman Rory McIlroy are the players of choice. In June, Kaymer captured the US Open and a month earlier won the […]

Aussies converge at US Open

By PGA of Australia on June 11, 2014 No Comment featured, golf majors, pinehurst, us open

The second Major of the year gets underway this week with the 114th staging of the U.S. Open Championship. Being played at Pinehurst No.2 Australia will be represented by 10 Professionals and one amateur. Aussies in the field include: Adam Scott (QLD) will play the U.S. Open for the 13th time. In his previous 12 […]

Wanamaker bet on the fourth major?

DON’T be surprised if a player from outside the top-30 or top-40 in the world rankings wins US PGA Championship at Oak Hill Country Club in New York from August 8-11. Predicting the winner of golf’s fourth major has always been a challenge – more so, perhaps, than the other majors.