Tee off at the Outback Queensland Masters with TT Golf

By Richard Fellner on August 27, 2020 Comments Off on Tee off at the Outback Queensland Masters with TT Golf events, golf events, outback queensland masters

If getting back to nature, exploring the great outdoors and reconnecting with our amazing country and its people is what you’re looking for, then Outback Queensland is for you! The landscapes are like no other — from red deserts to luscious waterholes — and are all waiting to be explored. There is also some epic […]

By Richard Fellner on August 1, 2013 No Comment ACGC, events, racv

CHILLY Melbourne temperatures and gale-force winds greeted Australia’s bravest amateur pairs when they teed of at RACV’s Cape Schanck Resort for last month’s launch of the Auto Club Golf Championship. The event, which is the first of over 70 nationwide qualifier rounds, kicked off the second year of the highly popular ACGC series, which aims […]

Frank Williams needs little introduction in Australian golfing circles. As co-founder of the Australian Masters golf tournament, business manager to Greg Norman/Great White Shark Enterprises, Director at the ALPG and a raft of entrepreneurial endeavours, it can certainly be said that this man knows his golf. So when Williams announced that he was coming out of retirement to launch an exciting, brand-new event in Australian golf, the industry stood up and took notice.

Club Golfers are the big winners at RACV Ultimate Skins

By Inside Golf on February 27, 2013 No Comment events, gogolfing

Amateur golfers will compete for more than $10,000 in cash and prizes when the Ultimate Skins event returns to the Gold Coast at RACV Royal Pines from 30 June – 4 July 2013.

Drive for show, Putt for Mo’

SGA Tour Ambassador Andy Lee from Hamish & Andy will tee it up alongside a group of celebrity golfers and amateur players in the first SGA Tour Charity Golf Day to support Movember. Played at the Old Course at The National Golf Club on the Mornington Peninsula, the “Drive For Show, Putt For Mo” event […]

By Inside Golf on October 5, 2011 No Comment PGA, coolum, events, featured, yang

In yet another coup for the Australian summer of golf, Asia’s first Major winner Y E Yang is a confirmed starter in the 2011 Australian PGA Championship presented by Coca-Cola. Yang, a two-time OneAsia winner, has confirmed he will ‘turn up the heat’ at the spectacular Hyatt Regency Coolum on Queensland’s Sunshine Coast from 24-27 […]

2011 Open Champion Darren Clarke has committed to play the PGA Championship presented by Coca-Cola at the Hyatt Regency Coolum from November 24-27 2011. Clarke’s career high win at The Open stamped his dominance as one of the World’s best links players where he shot an impressive 5-under-par in extremely difficult conditions. The Irishman will […]

A First in Australian Golf: The Oceanique Skyline Shootout 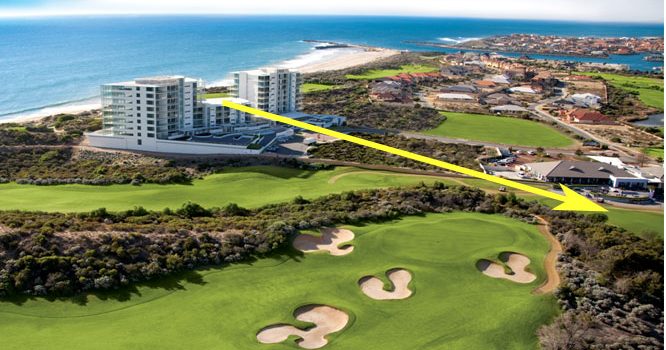 The Oceanique Skyline Golf Shootout will represent an exciting first in Australian golf, as 5 PGA professionals take a “nearest the pin” competition to the limit by teeing off from the rooftop of Perth’s Oceanique Luxury Apartments and trying to hit the putting green at The Cut Golf Course. The Shootout will be held under […]

By Richard Fellner on March 18, 2011 No Comment events, phillip island

One of Melbourne’s favourite regional courses is set to take centre stage this year, as the 2011 Phillip Island Linfox Pro-Am Extravaganza tees off from March 18