Members of Melbourne’s Eastern Golf Club have begun a new chapter in their club’s history this month, with the long-awaited “soft” opening of their spectacular, brand-new Greg Norman-designed course in Yering on July 1. The new facility, in Melbourne’s Yarra Valley, is the culmination of a massive seven-year project which followed a member vote in 2008 […]

With only a few short months remaining until the opening of Victoria’s most talked about new course development, The Eastern Golf Club in the Yarra Valley, all eyes are firmly focussed on watching the spectacular facility take shape. One pair of eyes that are giving the layout an extremely detailed and meticulous look are none other […]

MEMBERS of The Eastern Golf club in Melbourne were recently treated to a sneak-peek of their new Greg Norman-designed golf course, currently under construction in the Yarra Valley. As part of the club’s ongoing going commitment to communication and development transparency to members, the club hosted an Open Day on site in Yering in December. […]

Reciprocals a passport to golf’s future

As the Australian golf club industry in general tries to slow the overall decline in membership numbers, numerous progressive clubs are developing local reciprocal agreements to boost their offering to members and entice new members. More clubs are either executing mergers or considering joining forces with other clubs to sure up their future but reciprocal […]

Shark-itecture: Greg Norman on building a golf course from the ground up

With two Open Championship titles, 91 professional victories, 20 US PGA Tour Titles and 30 Top-10 finishes in major championships, Greg Norman is certainly no stranger to success. But for a man who spent 331 weeks as the number-one-ranked player in the world, was inducted into the World Golf Hall of Fame and who was […]

Failing to plan/planning to fail

THIS month, there are two key articles to which every golf club and Board should pay close attention. The first, “Report: major challenges ahead for clubs“, details the participation trends of today’s golfer. The second article, “Changing landscapes: courses on the move“ explores how some clubs are planning (or failing) to adapt to these trends. […]

Changing landscapes: courses on the move

It’s no longer a major surprise to hear that golf courses in Australia are selling, moving or merging in what is an unsettling time for our golf industry. Melbourne clubs like Chirnside Park and Eastern, which have relocated their courses further away from the CBD, may be set up for brighter financial days but their […]

Eastern Golf Club on the rise

By Richard Fellner on September 9, 2013 No Comment Eastern Golf Club

With origins dating back to 1896, The Eastern Golf Club in Melbourne has a rich and treasured history.  From their early days in Mont Albert (with a railway station as their original clubhouse) through their transitional periods that saw their history intertwine with both the Box Hill and Huntingdale Golf Clubs, the club has grown […] 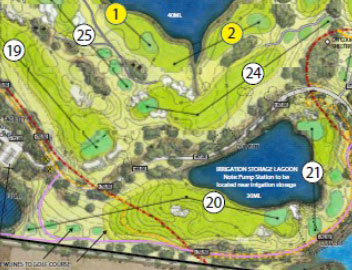 After nearly two years of setbacks and challenges through VCAT and council, The Eastern Golf Club has finally received approval for their development plans for the proposed new site at Yering in the Yarra Valley.   Yarra Ranges Council this week voted in favour of the proposal, with seven Councillors voting in favour of the […]