The cart before the course 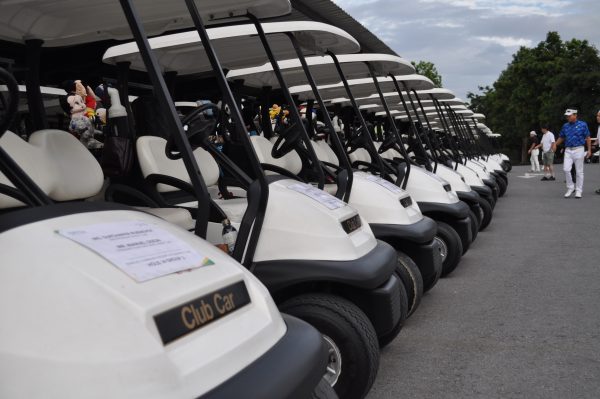 In February, I wrote about how golf is predominantly a game of “No”, with golfers commonly hearing phrases like “No, you can’t wear those types of socks/shoes/shorts/shirts”, “No, women (or juniors) can’t be on the course this day of the week,”, “No, you can’t check email on your phone while in the clubhouse,”, “No, you can’t play unless you have an official handicap” and “No, you can’t use your own buggy, you must hire one from us.”

That last one, referring to bringing your own cart to the course, has been an increasingly contentious point in Australian golf, with some clubs/courses banning the use of personal golf carts/buggies, and thereby forcing golfers to hire the equipment from the club itself.

Recently, this policy at one club resulted in what can only be described as a ludicrous situation.

Last month, Inside Golf reader, Garry Beattie, won a brand-new Yamaha Golf Cart via an Inside Golf competition. Garry, an avid Inside Golf reader, was understandably thrilled to win the massive prize. That is, until he rocked up to his club, Cronulla GC, and was informed that he couldn’t use his own golf cart on the course!  It appears that the board had recently voted to ban the use of personal golf carts at the club (Oh, the irony!)

This policy isn’t unique to Cronulla. Over the last couple of years, I’ve received a heap of emails/letters and phone calls about other clubs putting similar bans in place.

Clubs will often cite “personal liability” concerns in regards to this decision, and how they “aren’t covered if a golfer causes damage via their own cart”. But as we all know, by holding a Golf Australia handicap, golfers ARE COVERED for personal liability and damages – whether carrying their clubs, pushing a motorised buggy or riding in a golf cart (their own or the club’s) .  So this “coverage” argument really only applies to, perhaps, the purely social golfer who doesn’t have a GA handicap. But to be honest, I imagine there aren’t many social golfers out there who own a $10,000 golf cart but won’t fork out $100 per year for a GA-approved social handicap. (But I could be wrong.)

I think the REAL issue here (as it is with most things) is the almighty dollar. Clubs simply don’t want to miss out on pro shop/rental revenue. And I sympathise with them – the club/course IS a business. But in many cases, these same clubs are then offering Groupon/Scoopon deals where the cart (and sometimes lunch and a beer) is all included, free of charge. Go figure!

Now, I understand that clubs have every right to run their operations however they like. But let’s get real here. It’s well documented that the golf industry is under significant pressure. The last thing we need to do is alienate golfers even more than they are already.  Like I said in February…we need less “no” and a whole lot more “yes.”

The alternative, it seems, would drive more golfers away.

For more on this growing issue, see the related story on page 24 this month.

See you on the fairways (or the cart path…),

13 Responses to "The cart before the course"