By David Newbery on January 4, 2011No Comments 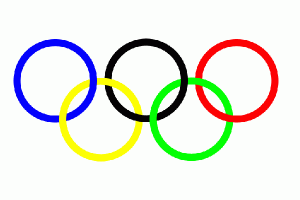 WORLD golf bosses have been putting their heads together over the past few years contemplating their triumphal return to the Olympics.

Their efforts were not without success and the ultimate reward.

After a 112-year absence the great game will once again grace the international Olympic stage in Brazil in 2016.

Millions of dollars worth of extremely expensive golf equipment emblazoned by the names of some of the game’s greatest players will be unloaded at Rio de Janeiro airport.

From there they will be ferried to the more expensive hotels and resorts.

The golf world’s top-60 players will walk the famous city’s fairways for a few weeks before sending the aforementioned expensive clubs back to the home of the professional circuits of America and Europe.

The administrative giants of the game will bask the reflected glory of the momentous occasion.

‘Getinthehole’ will continue to ring out annoyingly across the fairways as world golf settles back in its carefully upholstered television-inspired routine.

Only the very foolhardy would dare ask what the renewed Olympic appearance will achieve for the overall game cross the world.

How many players from how many nations have shared the breathtaking opportunity to be on the same course, let alone the first tee, with world champions Woods, Mickelsen, Els et al?

If Olympic golf is to mean anything around the globe it has to embrace the concept of encouraging the widest possible participation.

No-one is suggesting simple ownership of a bag of clubs or a low handicap should be enough to guarantee a place in the field.

Nevertheless the world watched and cheered in awe as Equatorial Guinea’s Eric “the Eel” Moussambani almost drowned in an Olympic swimming race.

Every official games have standards for qualifying and the last thing golf needs is unknown players from who knows where mowing down spectators from the first tee.

But surely at the top is the International Golf Federation and the sport is played in places where the good players don’t play for millions every weekend.

Does that mean they should be ignored and treated as second-class citizens being unworthy of playing the game we all hold dear?

Golf and the Olympic Movement have five years to put in place some qualifying tournaments in the Americas, Europe and Asia.

Golf in Bhutan and Nepal – yes they are countries – is supported financially by the Royal and Ancient Golf Club of St Andrews.

Both places have highly trained golfers of real ability whose chests would defy shirt makers to fit if they were even considered for a game outside their own backyards.

The revered Olympic Movement was the unfortunate victim of the world’s gold medal charge when the game went professional.

How many athletes have had to return their medals because the simple joy of competing on the world stage was lost in the insane pursuit of money and fame?

The IOC should be encouraged to determine the exact number of countries which could happily field a qualified team and then assess the best way to open the world stage to players whose only sin is the all-consuming desire to have a chance to compete.

Breaking new ground and moving forward shouldn’t be outside the Olympic charter and maybe the International Golf Federation should be encouraged to remove its comfortably opulent digit from its safe aperture and remove its shades as it gazes toward the future.