Going by the numbers 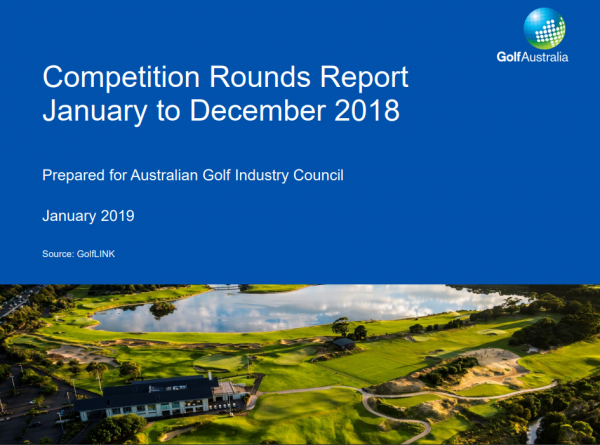 Recently, The Australian Golf Industry Council released the National Competition Rounds Report for 2018. And while there was a significant “positive spin” by the council regarding the fact that the year was consistent, with an increase of the number of rounds played, there were a few findings that raised eyebrows here in the Inside Golf editorial department.

Firstly, there was yet ANOTHER decrease in the total number of golfers actually playing the game. While the decline was a mere 0.65%, it still represents a troubling situation for the game: our numbers are still dwindling. These numbers came in a year when Melbourne hosted the prestigious World Cup of Golf, which SHOULD have provided, at the very least, a modest boost to the game (Then again, maybe it did, which makes these numbers even more worrisome). Once again (like with nearly every “major” golf event in Australia over the last decade), there was very little (if any) momentum or buzz generated in the general public. Golf Australia failed (again) to generate any real excitement around the game, despite having some of the world’s best players at their disposal. On the whole, it would appear to have been a wasted opportunity.

Secondly – and potentially far more critical, is the reported makeup of the majority of golfers.  While we all know that women currently make up a very small percentage of golfers (only 18%, down from 20% the year before), the two stats that made me sit up and take notice: A)  only 8% of rounds are played by golfers aged 34 and below, and B) 73% of male rounds were played by 11 to 30 handicappers (Mid to high handicappers), while 83% of female rounds were played in the range of 16 and above handicaps.

Overall, only 20% of rounds are played by the low markers! That’s only one fifth of all golfers in Australia.

This is further proof of what I have been espousing in these pages and online (see “Playing the Percentages” online: www.insidegolf.com.au/opinion/playing-the-percentages), that golf courses and clubs MUST tailor and present their courses to the largest majority of their customers: the mid-to-high handicappers. For far too long, courses have (in an attempt to emulate the treacherous set-ups of Augusta National and the US Open) regularly set up their courses to appeal to the lower markers while all but ignoring the largest segment of the golfing population.  Their marketing people celebrate the “Difficulty” of their clubs, and promote their high Slope ratings, etc, as if it is some sort of badge of honour.

And what happens? The majority of golfers (men, women and children) find the courses far too difficult, and either go to another course/club, or eventually give up the game. Clubs (and boards) then wonder why they cannot attract women and juniors, and why more of their male members are leaving en masse (the boards often simply attribute that to attrition, or some other lame excuse.) And as for golfers in their 30s (which we assume would mostly be married men with young children, etc), when they look at the time commitment, costs and overall difficulty of playing golf…well, it’s no wonder why cycling and Lawn Bowls are enjoying a resurgence in popularity.

If any business on the planet were to operate in a way that alienates 80 percent of their clientele, they would be out of business in a hurry. Yet golf does just that. And then we wonder why participation is so low.

So the truth is clear: it’s the clubs themselves that are driving many of the golfers away. The game is hard enough, so why make it any harder than we have to? It’s time to swallow the “ego” of the club, and start promoting fun and playability.

After all, golf is really a numbers game.

As always, I welcome your thoughts.