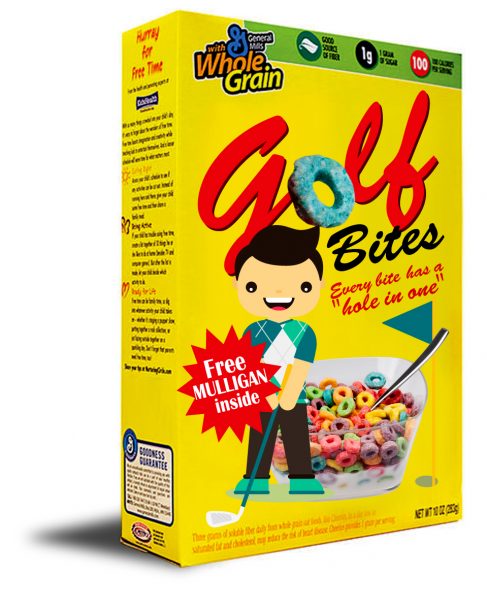 A recent story in the New York Times reported that the breakfast cereal industry is in dire straits.  Sales of the quick and easy breakfast favourite have tumbled by almost 30 per cent over the past 15 years, with the future looking even more uncertain.

That’s right. The bellwether breakfast staple for millions of kids (and kids at heart) across the planet is, unbelievably, taking a dive.

According to the story, a survey of millennials (also known as Generation Y, or individuals born roughly after the 1980s/90s) are eschewing breakfast cereal in favour of more “convenient” breakfast options.

More convenient? Than cereal??  Are they kidding???

After nearly spitting out my spoonful of healthy Muesli in astonishment (ok, truth be told, it was some sugary cereal from the back of the cupboard), I continued reading about how almost 40 per cent of the millennials surveyed said that cereal was an “inconvenient breakfast choice because they had to clean up after eating it”.

That’s no joke. Cereal requires using a bowl and a spoon—which obviously don’t clean themselves, nor can they be eaten on the go, or tossed in the bin. It’s clear that the young folk of today (as well as many of their parents) simply don’t feel they have the time (or desire) to “fumble around” with a bowl, spoon, milk and washing up. Instead, they are either eating breakfast away from the home, or choosing ready-made breakfast sandwiches, muesli bars, packaged bikkies or yogurt instead of the traditional breakfast staples.

So how does this relate to golf? (I knew you’d ask.)

When you consider that millennials represent the future of golf (an indisputable fact according to the global golf industry) then you MUST pay attention to their purchasing decisions and attitudes towards things like this. In this particular instance, convenience is paramount.

So when we look at golf as an offering (and especially club memberships), we need to ask ourselves “is it convenient”? Are we as an industry (and as individual clubs) making our offering as quick and easy as possible?

For the most part, I would argue that we aren’t. Not by a long shot.

For example, let’s look at the websites of most private clubs, which are the first of point contact by the vast majority of millennials. In general, very few club websites have the equivalent of a big sign shouting “Hey you! Come and join us!”  Instead, many prospective members are treated to stodgy, elitist, and often cold-at-heart messages that whisper “You could apply to be a member if you like; we’re nonplussed either way.” And trying to find membership prices, joining fees or the like is often treated with a “(Yawn) contact us for more information.”

Like their choice of breakfast options, millennials are likely to choose your club if it is super quick and easy to join, with minimal fuss.  If they have to take more than one or two clicks for information, then you’ve lost them.

Once they get that information, to actually join a club is even more inconvenient;  usually requiring lengthy application forms, finding a way to somehow get introduced to a few members,  getting references from these members, playing an introductory round with the captain or other members, etc.

It’s almost like some golf clubs are going out of their way to make it INCONVENIENT to join. We’re acting like a glitzy nightclub with an expensive cover charge, limited capacity inside, and only models, celebrities and “beautiful people” allowed in.

Instead, we should be shouting like a circus carney, spruiking to all who will listen “Hurry, hurry, hurry! Step right up and see the amazing and colossal wonders of the breathtaking Golf Club!”

When you look at how many barriers and obstacles we are putting in front of prospective members and juniors, it’s no wonder why they go to footy, tennis, cycling and the like. All you need is a ball/bike/racquet and an open oval/track/court. No muss, no fuss.

So the next time you look at your website, joining process or other “entry points” for potential members, maybe take a long, hard, objective look at the convenience factor.  See if you can’t make it quicker and easier…with fewer “bowls and spoons.”

See you on the fairways (after my Muesli…bar),