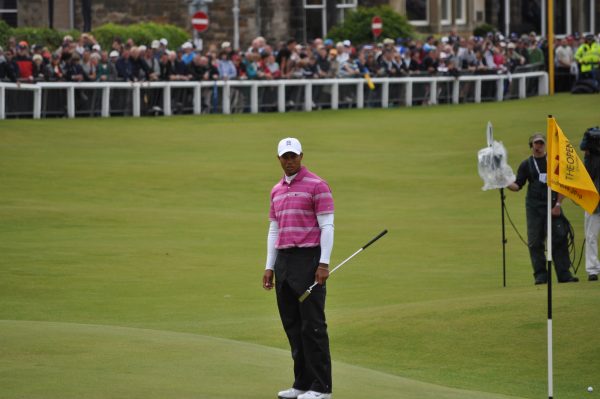 Tiger Woods has confirmed his entry for The 147th Open at Carnoustie.

Woods has conquered the one true test to become Champion Golfer of the Year on three occasions having lifted the iconic Claret Jug twice at St Andrews (2000, 2005) and once at Royal Liverpool (2006). In 2005, the American became only the sixth golfer in the Championship’s history to complete a wire-to-wire win. He is also a Silver Medal winner after finishing as the low amateur in his second appearance in The Open at Royal Lytham & St Annes in 1996.

Woods plans to play in The Open for the 20th time when he arrives at the renowned Angus links to join the world’s best golfers in the pursuit of the coveted Claret Jug.  It would mark his first appearance in the Championship since 2015 at St Andrews.

The news of Woods’ planned participation will excite fans as The Open returns to Carnoustie for the first time since 2007 and will be played from 15-22 July 2018.

The Open is golf’s oldest championship. Played since 1860 on iconic links golf courses, it is the sport’s most international Major Championship with qualifying events/exemptions on every continent. For one week each year, the pursuit of the famous Claret Jug trophy is the focus of the sporting world, followed globally by millions of fans.

Staged by The R&A, The Open delivers an annual economic benefit of up to £100 million to its host region, while the Championship’s commercial success supports the development of the game, worldwide.