By Richard Fellner on March 8, 2012No Comments 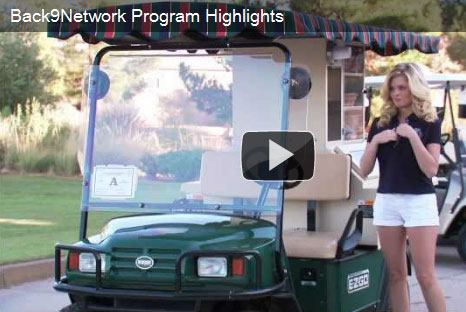 Mention the name Clint Eastwood, and you may conjure memories of old westerns, Dirty Harry, a string of blockbuster films, Academy Awards and, of course, Pebble Beach and Carmel, California.

But soon, you can add Golf Network Producer to the resume.

Eastwood has been named creative board chairman and founding shareholder of the Back9 Network, a TV network devoted to golf and fairway culture.

Eastwood, who is an investor in Pebble Beach and also owns a golf club in Carmel, will serve as a consultant on programming and casting decisions for the Network, which is said to focus on golf “lifestyle” programming. One of the pilot shows, “Extreme Golf,” is said to feature athletes and celebrities golfing on outlandish courses, while another show, “Hole Lotta Love”, may take the form of “a ‘Bachelor’-style dating series in which pairs play with three dates and eliminate one at each hole.”

Three words to the Australian TV Networks: Bring. It. Here.