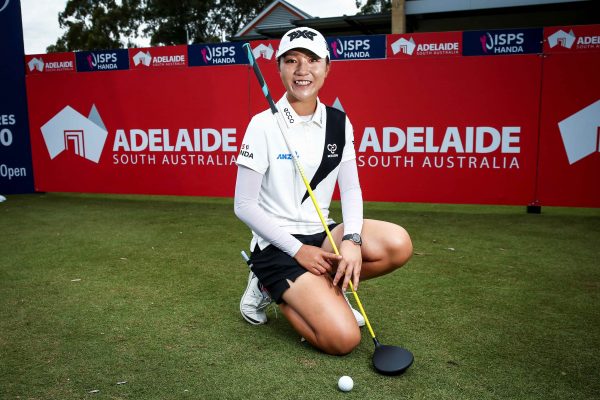 The 2019 ISPS Handa Women’s Australian Open will be played at The Grange Golf Club in Adelaide from 14-17 February.

“We have had tremendous support from all in South Australia, no more so than with our host clubs in the past three years,” Pitt said.

“So it’s with great delight that we will return to the same clubs again for the next three years.

“After we leave The Grange next February, the 2020 edition will be at Royal Adelaide and then in 2021 we’ll be back at Kooyonga.

“It’s a replication of the rotation we’ve just completed in our first three-year term in Adelaide and with the response collectively that we’ve enjoyed from fans who’ve attended, the LPGA and its players and the clubs themselves, we’re delighted to chart a similar path for our second to give everyone certainty to plan and enhance.”

South Australian Minister for Trade, Tourism and Investment David Ridgway was also excited that the tournament had continued to grow each year to new record highs.

“The attendance at Kooyonga last February was 33,277 – the most people who’ve ever come to watch the Women’s Australian Open and we are delighted that the event strikes a chord with the people of South Australia,” he said.

“But we’re also encouraged to see the national and international reach of the tournament continue to expand and with so many of the LPGA’s great players so happy to come from all corners to play our fabulous courses, the exposure it generates for us a global destination and the boost to our visitor economy are both brilliant.”

LPGA Tour commissioner Mike Whan said his players would be thrilled to learn a return visit to Adelaide would be on their agenda as the destination for the first tournament of its 2019 Asia-Pacific swing.

“It has been fantastic to watch this event grow in Australia since we joined in partnership with Golf Australia in 2012,” Whan said.

“The LPGA Tour is now played in 14 countries around the world and features players from 31 countries in every point of the globe and Australia will continue to be a very important stop for us.

“The LPGA players love heading ‘Down Under’ and Adelaide’s wonderful courses will no doubt be great tests for the world’s best players.”