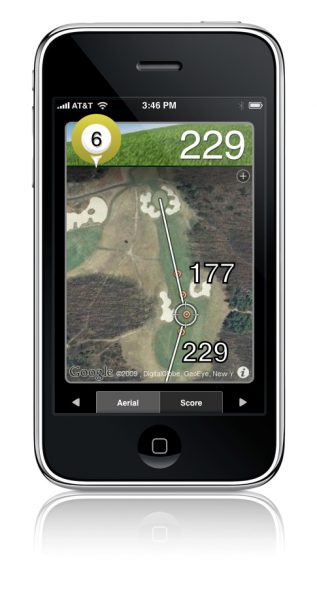 While the USGA’s new rules for 2012 generated a lot of headlines regarding situations like the wind affecting the ball, raking bunkers, etc., one new rule was almost lost in the fray, and affects anyone who uses iPhones or other smartphones with GPS programs.

At the heart of the matter is the fact that smartphones like the iPhone have applications (Apps) built in to the phones that could give golfers information on weather, slope and even compass bearings.

While the USGA and the R&A have, over the years, permitted the use of electronic devices for distance-measuring only (under local rule), the rise of smartphones forced the associations to make clarifications to the rules. In 2009, they stated that it was permissible to use a smartphone with a weather/compass/etc., app installed, as long as you didn’t actually use the apps.

Now, according to the new 2012 rules, simply having an offending app on your phone is cause for disqualification if you use your phone’s golf app during a round.

In a letter to one of our readers, Paul Swan (who alerted us to this story), the R&A stated:

A compass can aid a player in determining the direction of the wind (For example, if a player is in a sheltered spot on the fairway.)   If the player knows from an earlier forecast that the wind is coming out of north east, but can’t feel it and because the flag is not moving in a way to make it obvious, a compass would, in theory, assist the player in determining the wind’s direction.

So why not just remove the offending apps from the phone, you may be thinking.

It’s not that simple. In fact, it’s impossible for some phones. Apple, for example, has hard-coded the weather app into the phone’s operating system. Same thing with the built-in web browser (which would allow users to look up any weather/wind information on the internet.)

That all said, it’s still ok to have a smartphone in your bag — i.e. to use it as an actual telephone. (Unfortunately, that is the one thing my smartphone isn’t that good at!)

One Response to "iPhone GPS apps now banned on course"