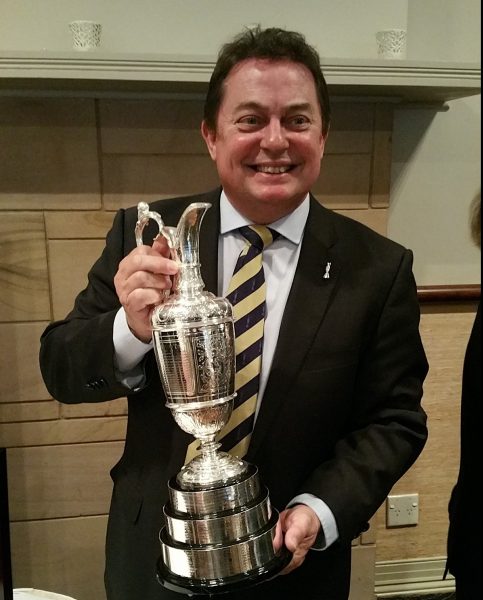 Inside Golf is proud to announce that respected Australian journalist and editor Michael Court has joined the team as Staff Contributor for the NSW and ACT region.

Court brings a wealth of golf knowledge and a strong media background to the Inside Golf team, with past positions including Sports Editor of Sydney Daily Mirror, NSW editor at The Golfer newspaper, Editor at Australian Golf Digest and Editor in Chief at Harness Racing Weekly and National Trotguide. In addition (like the entire Inside Golf Team) Court is a fanatic for the game of golf, playing off a 13 handicap at Roseville GC in Sydney.

“We’re thrilled to have Michael join the team,” says Sam Arthur, Publisher. “He is an extremely talented writer with a solid knowledge (and love) of golf. In addition, he is highly respected in the Australian golf industry. He will make a great addition to our award-winning, passionate editorial team.”

Inside Golf is Australia’s highest audited circulation (CAB) publication, with the most recent CAB-audited circulation of 41,883 copies per month (April 2016 to September 2016) representing an estimated reach of approximately 104,707 readers.  In addition to its flagship print product, Inside Golf’s highly-successful online channels (website, tablet app and interactive digital version) generate over 1.2 Million pageviews per year.

The Inside Golf readership base has grown to one of Australia’s most diverse and passionate communities in the industry. The magazine’s recent Readership demographic survey reflects an extremely wide reach of golfers across all ages, skill levels, occupations, regions and income. Inside Golf’s readers are an exceptionally loyal group who read the magazine each and every month, and use the magazine extensively to make golf purchasing decisions. They also play a tremendous amount of golf, with the vast majority considered “Avid Golfers—the highest possible level of play as defined by the golf industry.