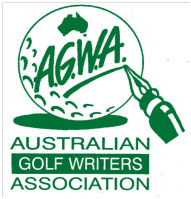 Fellner’s editorial, Suited to a tee: going beyond the Red White and Blue , was praised by the judges for its progressive insight into helping golfers and golf clubs adopt a “colour blind” attitude to help foster greater enjoyment of golf.

“Richard’s prolific output of editorials on all facets of golf have been read by many,” the judges’ comments said. “This insightful comment piece urged Clubs to make greater use of a variety of tee boxes and remove the stigma of hitting off shorter tees to encourage greater enjoyment, faster play and better variety for every golf course.”

“I am tremendously honoured and humbled to receive this award,” Fellner said. “An award like this represents a team effort; I’m fortunate to have a highly-supportive group at Inside Golf. Our publisher, Sam Arthur, regularly encourages the editorial team to ‘push the boundaries’ with progressive and passionate articles like these. I would also like to thank the many readers of Inside Golf. Their feedback, ideas and support over the years has been instrumental in helping us to craft innovative content, and produce what has become Australia’s Most-Read Golf Magazine.”

The award ceremony was held at the AGMA annual dinner at Sydney’s Bonnie Doon Golf Club during the Emirates Australian Open.  AGMA 2016 Honouree Peter Senior presented the awards in front of dignitaries from the International and local golf scene including Mr John Hopkins OAM  the Chair of Golf Australia and Mr Keith Macintosh the Captain of the R&A.

The Australian Golf Media Awards were created for media professionals who cover Australian golf and golfers in the print, internet, radio, television and photography sections of the Australian Media. The judging panel is led by former Melbourne Herald editor Bruce Baskett and representatives from Golf Australia, the PGA of Australia and the Australian Ladies Professional Golf Inc.