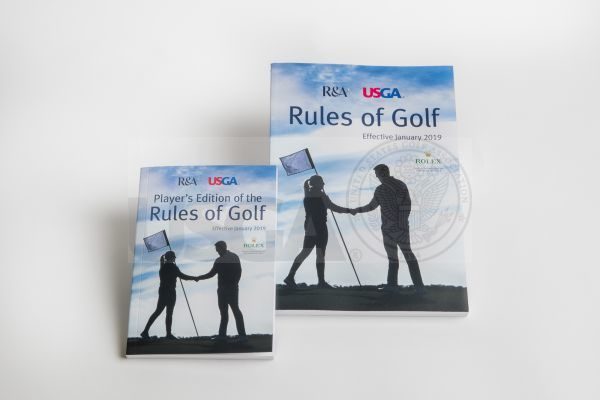 Golf’s new Rules have been published by the USGA and The R&A ahead of their effective date on Jan. 1, 2019.
For the first time, a new Player’s Edition of the Rules of Golf is being introduced to provide a shorter, more user-friendly version of the Rules for golfers at all levels of the game. This version, which will serve as the primary publication for all golfers, features:
Two million copies of the Player’s Edition will be distributed in the United States and its territories and Mexico by the USGA and a similar number by The R&A in its respective governance jurisdiction, all with the support of Rolex. The new book will be translated into more than 30 languages.
The Player’s Edition is being launched alongside the modernized full Rules of Golf book, which includes some of the most significant changes made to the Rules in more than 60 years.
Thomas Pagel, senior managing director, Governance for the USGA, said, “From the project’s inception, our one goal was to make the Rules easier to understand and apply for all golfers. It sets a new standard in the way we write and interpret the Rules and is central to our efforts to ensure a healthy future for golf. We look forward to continuing that process in the years to come.”
David Rickman, executive director – Governance at The R&A, said, “We are delighted to be rolling out the modernized Rules of Golf today. This is the biggest set of changes to the Rules in a generation and a major step forward in our efforts to make the Rules, and the sport itself, more accessible and more in tune with the way the modern sport is played.”
A new Official Guide to the Rules of Golf is also available in digital format via website and official apps today, with a printed version to be released in November. Designed for golf administrators and club officials, the Guide features Interpretations on specific Rules (which replace the current Decisions) and includes the first jointly-produced Committee Procedures document, providing practical guidance to Committees for running competitions and overseeing general play.
Another key feature is the Modified Rules of Golf for Players with Disabilities. This document is released alongside the Rules of Golf and enables players with disabilities to play fairly with other players with the same or different types of disability and, importantly, with those without disabilities. The Modified Rules were developed in close consultation with the community of players with disabilities and disability organizations.
All of the new books are available in digital formats online at usga.org/rules and the official USGA Rules of Golf app, and through The R&A outside of the United States, Mexico and its territories. A range of explanatory videos and resources is available on both websites to enable all golfers to learn about the 2019 Rules.
Extensive educational programs are being conducted around the world, with the assistance of national and regional associations, to ensure that golfers and administrators throughout amateur and professional golf are ready for the new Rules when they take effect on January 1.
The process to modernize the Rules began in 2012 with the aim of making the Rules easier to understand and apply for all golfers and to help make golf more appealing and accessible for newcomers.
Some of the key changes in the new Rules include new procedures for dropping the ball when taking relief, the elimination or reduction of several penalties, relaxed putting green and bunker rules, and rules that encourage improved pace of play.
Golfers are reminded that the current Rules of Golf remain in effect for the remainder of 2018. The Rules of Amateur Status and the Rules of Equipment Standards were not part of the review process.
As an extension of its support of the Rules of Golf worldwide, Rolex has made a commitment to support The R&A and the USGA’s efforts to modernize golf’s Rules. The Swiss watchmaker’s contribution to excellence in golf is based on a rich heritage stretching back more than 50 years, forged through pivotal partnerships at every level of the sport, from the leading professional and amateur competitions and organizations to players at the pinnacle of their sport worldwide. 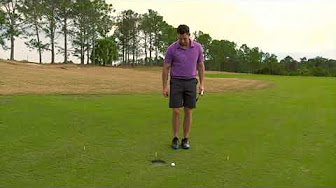 VIDEO LINK: Golf’s New Rules- 25 Videos about the changes
WEBLINK: Key Changes to the Rules of golf
DOWNLOADABLE CHART: At a Glance: Summary of Main Changes, 2019 Rules of Golf
Tweet