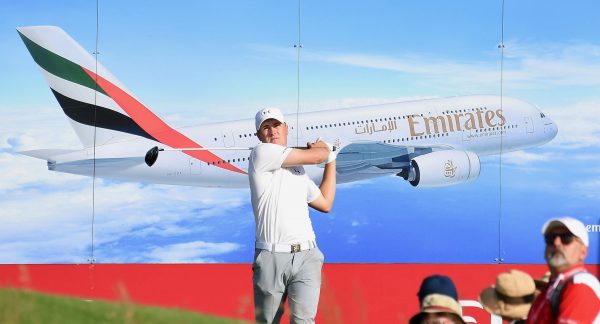 American golf sensation Jordan Spieth is returning to seek a second Emirates Australian Open title to add to his bulging list of achievements.

Spieth, the world’s No. 2 player, has committed to joining what promises to be an impressive field for Australia’s national championship at Royal Sydney Golf Club from November 17.

The 22-year-old from Texas won the Emirates Australian Open at The Australian in 2014 with a stellar 63 on the final day, and narrowly missed a playoff at the same venue in 2015 when he finished tied-second with Adam Scott, a single shot behind Matt Jones.

The 2014 triumph launched Spieth on an amazing run of success in which he climbed to No. 1 in the world and won consecutive major championships, the Masters tournament at Augusta National and the US Open at Chambers Bay in Washington in 2015.

Jordan has acknowledged that the win at The Australian was a huge turning point in his career.

“I have really enjoyed my previous visits to Australia and I can’t wait to get back in November,” said Spieth.

“I look back at my win in the 2014 Emirates Australian Open with great memories as it helped me build momentum for 2015.

“The Emirates Australian Open seems to grow in stature among the world’s players every year. The field is always strong and Royal Sydney should be a great test.”

Golf Australia chief executive Stephen Pitt welcomed the news. “Jordan is one of the greatest players in today’s game and has proven to be exceptionally popular with audiences in Australia and around the globe,” said Pitt.

“He has been a great champion of the Emirates Australian Open and came within an inch of defending his title in our thrilling finish last year.

“We are really delighted that he is coming back again and think that he will form part of a very formidable line-up for fans at Royal Sydney.”

NSW Minister for Trade, Tourism and Major Events and Minister for Sport Stuart Ayres was also delighted with the news.  “Jordan Spieth is one of the best golfers on the planet, and it’s great to see him coming back to Sydney to play in the Australian Open for the third straight year.” said Mr Ayres.

“The Australian Open has been secured for Sydney by the NSW Government through its tourism and major events agency, Destination NSW. Tickets are now on sale and I suggest moving fast and booking today!”

The Emirates Australian Open is a flagship tournament on the PGA Tour of Australasia. The winner will receive a minimum of 32 Official World Golf Ranking points.

The event will be telecast all four days on Channel 7.

Tickets are on sale now from Ticketek at http://www.ticketek.com  or by calling 132 849.