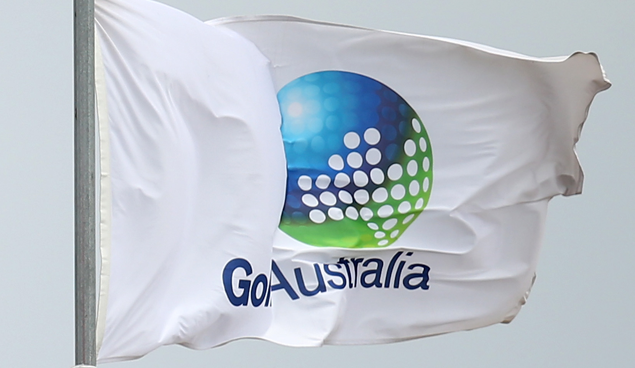 Momentum is building around OneGolf as the administration of golf in Australia moves towards a more streamlined, cost-effective model.

Golf Australia chief executive Stephen Pitt confirmed that five of seven states (including the NT) had now made in-principle commitments to a model that stands to benefit Australian golf by in excess of $3million annually.

OneGolf will effectively bring all participating state and territory governing bodies under the Golf Australia umbrella, freeing up funding and resources to tackle the sport’s biggest grass-roots issues.

Pitt has been travelling the length and breadth of the country for more than a year to personally explain the model to as many of his state counterparts as possible.

And with the benefits of a system that will allow greater and more precise investment into golf’s future, Pitt is not surprised to see a wave of support growing around the country.

“We’re delighted that to this point we have five states on board in principle, and that’s a really significant achievement,” Pitt said.

“There’s obviously a lot more work to do with those states in terms of taking them from where they are to actually signing off on the agreement.

“We need to work through the implementation details and make sure those boards are comfortable and then we need a consultation process with their members to make sure those members will support their state board in signing the service agreements.

“But their support to date confirms our belief that we’re building a model that has widespread appeal and benefits.”

Pitt confirmed that OneGolf had reached a sufficient critical mass that it can and will operate without complete support from all corners of Australia.

“We have decided that we will operate a hybrid system if need be, with five of seven states and Golf Australia operating under OneGolf.

“To this point we don’t have support from either Western Australia or New South Wales, but we’ll continue to work with those states and look at how we can get to a position where we’ve got all seven states and GA operating as one body.”

The advantages of OneGolf are stark, with increased pressure from governments and sponsors to deliver results on investments. Pitt said the proposal will help maintain golf’s strong position in a competitive marketplace against other sports.

“One of the main advantages of OneGolf is that it will put more money into the game. Independent expert advice says that through its synergies, we can expect in the vicinity of $3-4million annually that we can invest into the sport,” he said.

“Beyond that, to have a system in which we’re all aligned, unified and have a common purpose and direction that we’ve jointly identified, it will give us a better result for more people in the sport.

“Currently we have duplication with staff around the country and we realise we have gaps in certain areas – areas that we’d like to have more of a focus on such as female participation, facilities planning  and helping clubs face their daily challenges.

“So effectively we can have the same number of staff, but we’d have them better focused on more appropriate areas where they can have the greatest impact. We’d expect a better outcome from that facet alone.”

Pitt is adamant that the time for action is upon the sport.

“I feel the industry is looking for leadership and change in this area, from both GA and state bodies,” he said.

“We’ve put a lot of work into this and had a lot of external support to ensure we have the best possible model for us to achieve the sport’s goals while alienating as few people as possible along the way.

“When you look at the Australian sporting landscape, at the very top end of the tree we’re working in the same space as sports that get a massive head start in terms of broadcast rights deals, sports such as the AFL, NRL, cricket and tennis.

“The revenues their broadcast deals generate are huge and our challenge is to make sure we use the money we do have available as well as possible so that we can compete.

“We need to increase revenues wherever we can and then unify and become efficient in how we deliver services to have any chance of competing against those better-resourced sports.

“Golf sits at or near the top of all the `second-tier’ sports that don’t have the massive broadcast revenues, so we need to be more efficient in terms of how we spend our funding – that’s a key driver behind OneGolf.

“It’s an exciting time for golf and a lot of people are committed to seeing through the change.”

Pitt said there was no firm timeline for all states in agreement to align with OneGolf, but that he hoped most would be close by early in 2018.