At the time of writing, Goggin was awaiting a local planning commission hearing to gain building approval for a residential component.

“In an ideal world, we would begin the first stage of the project late this year or January of next,” Goggin said. “The first stage will be the Seven Mile Beach course. We have council approval for an 18-hole golf course and associated buildings, which encompasses the maintenance area, arrival facility and two toilets and shelters out on the course.”

“It’s very exciting; the land for the permitted area is spectacular and I’m looking forward to seeing what Ogilvy Clayton Cocking Mead come up with. The initial routing looks great,” Goggin stated.

Goggin spoke of an “arms race” in golf that has seen courses become longer and golf developments include more amenities than ever before, which he argues is making the game more costly, time-consuming and less enjoyable. Goggin said children will be able to play the five-hole course free of charge. 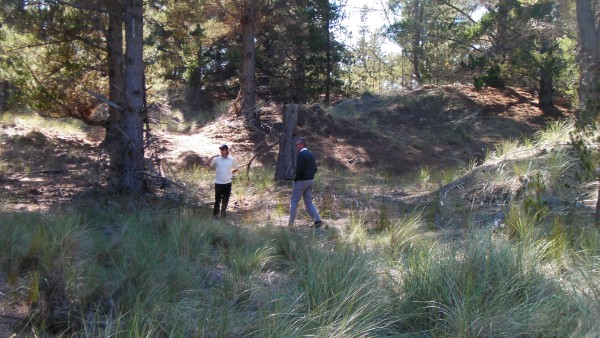 “In the spirit of North Berwick, you need to accompany a child. I’m also thinking that, if you bring your dog, you can play for free. I want to create an area that embraces the spirit of fun and is built to the same quality as the ‘big’ course. This is an important point as lots of par-three courses or ‘executive’ courses don’t have holes like seven west at Royal Melbourne or 10 at Riviera (in Los Angeles). If we can create a loop of holes inspired by the great short threes and fours, I think everyone will want to play the kids course.”

Goggin highlighted Hobart’s need to establish itself as a golf destination that can feed off the success of Barnbougle Dunes in the state’s north.

“The current courses in Hobart aren’t going to encourage golfers to get in a car and leave Barnbougle Dunes. With Seven Mile Beach, you will see people looking to start in Hobart and finish in Bridport or vice versa. With a great course in the south, it will also open up opportunities for a course on the east and west coast. Throw in a trip to King Island and you have a golf tourism experience that can compete with anything in the world.”