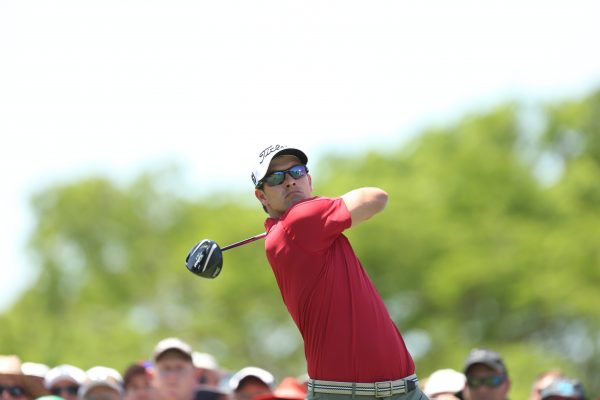 IN-FORM Adam Scott already has one Green Jacket in his locker and will be aiming for a second when the US Masters gets underway on April 7.

Of course, Day, Leishman, Bowditch and Smith too will aim to leave Butler Cabin wearing the most sought-after coat in golf.

After back-to-back wins – the Honda Classic and the Cadillac Championship – Scott’s odds have plummeted from 17/1 to 11/1.

At press time, he was fourth favourite behind Rory McIlroy and Jordan Spieth (7/1) and Day at 10.5/1.

Day, the US PGA champion, debuted at the 2011 Masters where he finished tied second with Scott behind Schwartzel and was third behind Scott in 2013. He goes into the event in red-hot form following back-to-back wins on the PGA Tour.

Day’s record in majors is scary good and he’s looking like a Masters winner all the time.

Leishman, too, has been a major contender. In 2013, he tied fourth at the Masters and was T5 and T2 at his last two Open Championships.

The 32-year-old is an experienced campaigner and it wouldn’t surprise anyone, including PGA of Australia chairman Mark Gibson, if Spieth helps him into the Green Jacket on April 10.

Bowditch’s record in majors is mediocre although he did finish T26 at the 2014 Masters. The 32-year-old didn’t play in 2015 and qualified this year courtesy of winning last May’s AT&T Byron Nelson.

Smith is the new kid on the major block and qualifies courtesy of finishing fourth in last year’s US Open.

Who will forget that magnificent eagle three he scored after rifling his second shot to within a few feet on the 72nd hole at Chambers Bay to secure fourth place and his Masters invitation.

Smith recently spent two weeks at home in Brisbane preparing for the year’s first major with his coach Grant Field.

“He’s very excited about playing the Masters for the first time,” Field said.

“We did some work based around Augusta – shot-shaping, hitting off side-hill lies because that’s what you get there,” Filed said.

“Cam also worked on hitting to certain targets because at Augusta you have to be able to play to certain zones where the ball, especially on the greens, will feed into other places.

“We worked on his short game – hitting high, soft bunker shots and shots you need on those greens because they are quite tricky.

“At Augusta, the short game plays a massive part and Cam excels with his short game. I think he will go alright.”

The good news is Scott and Day will play a practice round with Smith and no doubt reveal some of Augusta’s secrets.

“Having a practice round with Adam and Jason is going to be awesome and extremely beneficial,” Field said.

Still, Field would like his young charger to organise a practice round with Zach Johnson, who won the Masters in 2007.

“I would still like him to arrange a practice round with somebody like Zach– someone who hits it around the same distance he does,” Field said.

Field is quietly confident Smith will play well and make the cut.

“It’s a limited field so I think he has a chance of doing quite well,” he said. “Cam knows his game and he’s good enough that’s for sure.

“We didn’t expect him to finish fourth in his first major (US Open) and he did … and on a long golf course.”

Smith will have plenty of support at the Masters.

His proud parents Des and Sharon will be there along with coach Field and his manager and trainer.

FOOTNOTE: The top-50 players on the official world golf ranking published the week prior to the Masters (March 28) receive an invitation. At the time of writing, Aussies Matt Jones and Marcus Fraser are 58th and 63rd respectively and urgently needed a couple of top-5 results.

THE US Masters sudden-death playoff format was adopted in 1976 and was first used in 1979.

In 1979, debutant Fuzzy Zoeller birdied the second hole of the sudden-death playoff to defeat Ed Sneed and Tom Watson.

None of the 10 sudden-death playoffs has advanced past the second hole – three were decided at the first hole and seven at the second.

Of the six full-round players, none finished in a tie.

In 1942, Byron Nelson, who double-bogeyed the first hole in the 18- hole playoff, went on to card a three-under par to edge out Ben Hogan and in 1954 Hogan again lost the 18-hole playoff by a shot – this time to Sam Snead, who finished two-under par.

NOTE: In 2004, the sudden-death playoff rules were revised to begin on the 18th and then shuffled between holes 10 and 18 until there’s a victor.