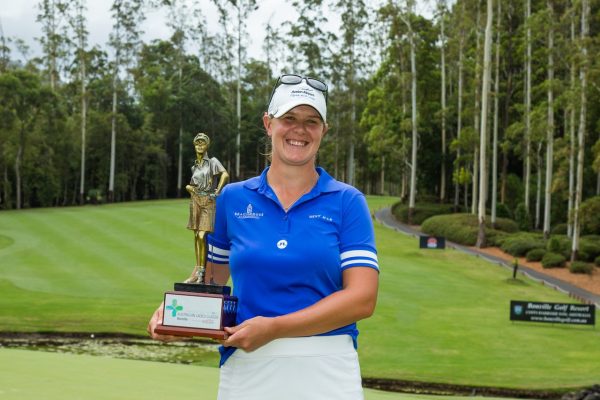 Skarpnord fired a final round of 69 to earn a two stroke victory on eight-under-par ahead of Australian Hannah Green and Nuria Iturrios of Spain after four rounds at Bonville Golf Resort.

“I’m delighted. I’m very, very happy because the last couple of years I’ve been struggling a bit and I haven’t been playing as well as I know I can,” said the 33-year-old from Norway, who finished second in the Fatima Bint Mubarak Ladies Open last month and has now moved to the top of the LET order of merit. “I’ve had a great start to this year and it’s nice to see the hard work that I put in finally giving some good results.”

Skarpnord started the final round a stroke behind the overnight leader, Madelene Sagstrom and bogeyed the first hole, but she quickly gained a five-way share of the lead with Sagstrom, Hannah Green, Daniela Holmqvist and Nuria Iturrios after the Swede double bogeyed the short third hole.

She gained the outright lead after making a severely breaking putt for birdie on the sixth hole and then made a two-putt birdie on the long seventh to keep her advantage.

New South Wales amateur Doey Choi briefly gained the solo lead after consecutive birdies on the 10th and 11th holes,  but then Skarpnord responded with birdies on 10 and 11 to regain the outright lead on eight-under.

Although Skarnord bogeyed 13, Choi then double bogeyed 14. Swede Jenny Haglund, who was one behind, hit her tee shot into the water on 17 and Choi followed suit, dropping into a tie for fourth with Holmqvist.

One ahead with three to play, Skarpnord dropped a shot on 16 to fall into a tie with Iturrios, but she then holed a gutsy birdie putt on 17 followed by another birdie on 18 after hitting a huge 300 metre drive into the wind which split the fairway. 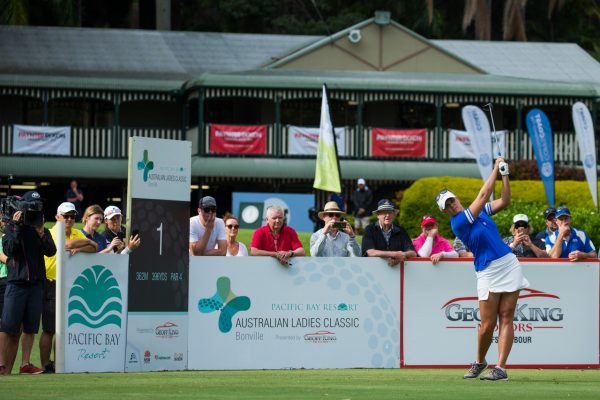 Skarpnord, who shares a winter home at 13th Beach Golf Links in Victoria with her fiancé Richard Green and whom speaks English with an Australian accent, says that she has chilled out in recent years.

“Ten years ago, all I wanted to do was play golf. There comes a time when you think, do I really want to do this? Do I want to put myself through all this misery and pain? Somehow I pulled through that, because a lot of times I’ve been thinking that I’ve had enough and I’m going to get a proper job and be at home. There’s something in me and I just can’t do it. I can’t give up. This is what I love doing, even though it’s hard when it goes bad. The good times are so good, so I think that’s what you strive for every time you come to a tournament.”

West Australian Green, who carded a 71 to share second, had contrasting emotions. She said: “It was very disappointing and I’m very frustrated with how I played today, but I can’t complain with the result and I’m just very happy I birdied the last hole.”

Iturrios, who also shot 71, was delighted with her best finish since winning the 2016 Lalla Meryem Cup and said: “I’m so excited and happy. I had the best caddie I could have, who is a friend, and she helped me a lot and was a great support. I just stayed in the present. It was great to see how many people were out. I’m very happy with the work that I’ve been doing so I’ll continue to work on that.”

Skarpnord is now looking forward to a road trip through Sydney on her way to next week’s event, the ActewAGL Canberra Classic at Royal Canberra Golf Club.

(Story and photos courtesy of the LET)