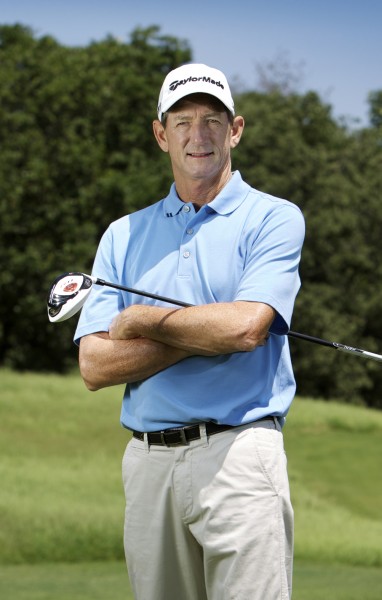 Tiger Woods’ former coach American Hank Haney is under no illusion as to why Australian golf is booming.

In short, the quality of Australian coaches is second to none.

So far this season the world has watched on as Jason Day, John Senden and Steven Bowditch, Matt Jones and World Number 1 Adam Scott have achieved standout PGA TOUR victories while Karrie Webb continues to dominate on the women’s circuit.

And there has been plenty of other international success for the Australian Touring contingent; Brett Drewitt and David McKenzie have notched wins on the PGA TOUR China and Marcus Both was victorious on the Asian Tour.  Closer to home Matthew Griffin, Dimitrios Papadatos and Anthony Summers have all won on the PGA Tour of Australasia.

While much has been rightfully made of Adam Scott’s ‘green jacket’ influence, Haney was forthright in his opinion of why Australian golf is going from strength to strength.

“I’ve said it before, no PGA does teaching better than the Australian PGA, they just have a lot of great teachers and the results keep coming.”

That’s high praise from the man who guided Tiger Woods to 31 PGA TOUR titles and six Majors; but warranted according to the PGA.

“Australia is spoilt when it comes to quality PGA Professionals, so much so that our Members are in increasingly high-demand in international industries,” said Brian Thorburn, Chief Executive Officer of the PGA of Australia.

“An Australian PGA Professional’s skills, knowledge and training is second to no other PGA in the world. In fact the PGA’s education and training staff have even been engaged by international associations to assist with the development of their own coaches and industry personnel.”

In addition, Trainees graduate with the nationally recognised qualification of Diploma of Sport Coaching, achieved by completing industry-based training and assessment across the program’s four subject areas of Coaching, Game Development, Small Business and Management.

Just as Touring Professionals are driven to improve their performance and continue to succeed so too are their coaches. Education and learning doesn’t stop for Australian PGA Professionals once they graduate from the Trainee Program.

The PGA of Australia offers one of the best continuing education programs in the world highlighted by the upcoming Srixon PGA Coaching Summit. PGA Professionals will gather on the Gold Coast in September to learn from industry leaders on a range of topics including swing techniques, motor learning principles, ball flight, positive coaching and self improvement.

The Srixon PGA Coaching Summit brings together some of Australia and the World’s leading sporting authorities including Graham DeLaet’s coach Henry Brunton, Australian Teaching Professional of the Year Denis McDade and Adam Scott’s movement specialist David Darbyshire in a week-long networking and learning opportunity that is the envy of PGAs around the world.

That’s a lot to take in for those not familiar with the PGA’s extensive education and training programs, but a far cry from the general perception that PGA Professionals are qualified merely because of their love of the game.

Thorburn says that whilst PGA Professionals aren’t in the job for the recognition, any one of them will tell you that seeing their students succeed at any level is motivation enough.

“And if it means that they might just help develop the next Adam Scott, Jason Day, John Senden or Steven Bowditch, well that’s just icing on the cake,” he said.

But most importantly it means the next time you visit your local PGA Professional you will be receiving the best and most current golf coaching available in the world.