Avondale: new members reflect on why they joined 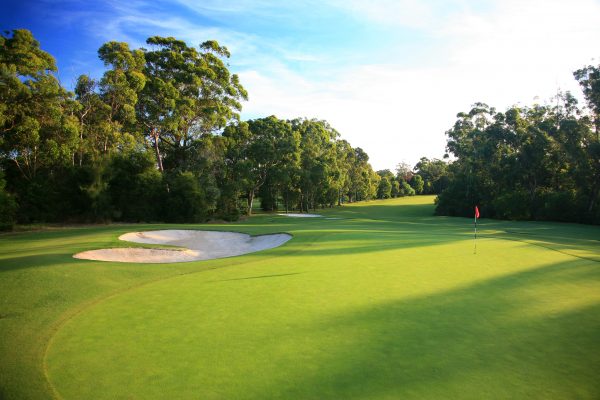 WHEN Sydney’s Avondale Golf Club was named Inside Golf’s Club of the Month in July last year it willingly revealed many of the winning factors behind its continuing status as one of Australia’s best private clubs.

In a series of candid insights into how it had continued to attract new and varied additions to its 1500-plus membership, Inside Golf was allowed to observe first-hand and learn about some of the secrets of success Chief Executive Officer Paul Paterson and his Board of Directors have enjoyed, amid difficult times regarding  golf club membership.

One of the major proven strategies Inside Golf reported was the introduction to the Club which includes a coffee or unique lunch interview and a game on the course, which is offered to anyone making a genuine enquiry about becoming a new member at Avondale.

Avondale doesn’t hold back in its enthusiasm in welcoming new members as the following excerpt from its current seductive club brochure illustrates:

“To experience all that Avondale has to offer is unique and only available to members. The opportunity to join Avondale is one not to be missed – the 56th ranked course in Australia, the clubhouse, the service levels and the facilities in general are all unsurpassed.  But the most compelling reasons to join are the emotional ones that you can’t touch and on which you can’t possibly put a value. It’s the feeling you get every time you arrive, it’s the friendships you will make, it’s the tranquillity and relaxation you will experience, and it’s the sense of belonging. The course and facilities are what will initially attract you to the Club, but it’s the emotions that you will experience that will make you want to stay forever…”

Inside Golf has interviewed a handful of relatively new members to reflect on what it’s like to join this friendly and unique up-market golf club on Sydney’s Upper North Shore at Pymble. Their comments on why they joined Avondale and their experiences are quite revealing.

The offer is for a year of weekly lessons on playing golf and learning the nuances of the game for $1000, which is deducted from their membership fees if they join Avondale.

The lessons consisted of a monthly group sessions from club professionals Mark and Ben and weekly on-course tuition and rules from a walker from the Ladies’ Committee while playing six, nine and building up to 12 holes over the course of that year.

Goddard had the super incentive of joining her husband Stuart and daughters Sophie, Emily and Stephanie in playing at Avondale.

Stuart plays off single figures, Sophie and Emily also are playing members and Stephanie, who has special needs, has a unique connection in that she attends Avondale weekly for golf lessons with Special Olympics.

Goddard played golf briefly with occasional lessons when she met Stuart, who was a member at Asquith, before having her children.

About 20 years later in 2014, she decided to get involved in golf by way of Avondale’s women’s beginners program.

“I found myself at the club almost daily as Sophie was practising, Emily was attending school golf lessons and Stephanie for Special Olympics.  I decided to sign up for the beginners’ program along with a girlfriend, who was a non-playing member,” she said.

“When it first started we used to pray that it would rain each Monday so that we could go for a coffee instead, but eventually we became hooked and used to cry if it was raining, because we wanted to play.

“Remarkably all of the 12 ladies in our 2014/15 group actually joined the club and we have become really good friends. We meet for social dinners and have a Christmas get-together each year.

“Our beginners’ group ladies tend to play together a lot, not because we are cliquey, but just that we all feel comfortable, understand each other’s game and are always forgiving.

“I’m off a 44 handicap but we are not playing a lot of 18-hole competitions, we mostly play 12 holes on Mondays and are just easing into the 18s.

“I would like to say that doing the Ladies’ clinic at Avondale for a year was absolutely brilliant and personally was the best way to join the Club.

“For a beginner it is a fabulous introduction to golf, the Avondale club and everyone in the club. I highly recommend it.”

Finally frustration-free and happy — on and off course

RAYMOND NOHRA, who joined in November, formerly was a frustrated member of three clubs in the past five years until he was advised by customers at his menswear shop in Crows Nest to join their club, Avondale.

His initial golf membership experiences in recent years were markedly different. After seriously taking up golf six years ago he joined Northbridge with friends but, after four years as his golf improved, he yearned to play a championship course.

At the same time he was a social member and lived near a club with a better course, but several enquiries about joining as a playing member were met with no response.

However his decision to check out Avondale – heightened after enjoying playing the course on an invitation day – solved all of his frustrations.

“As soon as I made enquiries at Avondale it was completely different. The CEO Paul Paterson rang me back and invited me to lunch and a game of golf and within eight weeks I was a member,” Nohra said.

“Since I joined it is the best thing I’ve ever done. I was a bit nervous to start as there are no timesheets so I just turned up for a game and the guy in the pro shop lined me up with a group and they were really welcoming.

“In the first three months at Avondale I met more people on the golf course than I did in the 12 months as a member at my previous club.

“In a couple of months at Avondale I not only made a lot of golf friends, my wife and I went to about eight dinners at the clubhouse and we especially enjoyed the friendly Friday night barbecues. Plus I’ve got a 14-year-old son and he is going to join as a junior.”

“I had been impressed playing Avondale at an open day last year. The fairways and greens were fantastic and I thought the only course that I had played, which was as good, was The Australian.

“Off the course Avondale is on its own – everyone, staff and members have been so friendly my wife and family love going to the club anytime. The welcoming lunch by Paul is a credit to him and the club as it sets a good friendly tone which has continued.

“Golfwise I’m really looking forward to taking advantage of the reciprocal playing rights at other clubs, particularly at Kingston Heath in Melbourne, where I travel to quite often.

“Since I have told some of my golf mates, who are members at another Division One club, about the reciprocal playing rights at Avondale, four or five are thinking of joining here  because of the interstate golf weekends options and international playing opportunities.”

‘Golf virgin’ seduced by club’s passion for enjoying the game

MICHAEL MOONEY decided to finally take the golf plunge at Avondale in 2015. Despite having no real-golf experience and after suffering a few health problems, he began with Avondale’s unique and popular “Learn to play golf in a week” program, which provides five group lessons over the course of a week and covers all aspects of the game. The week ends with a boutique beer tasting and a gourmet barbecue.

“When I first set out to play at Avondale I was an almost absolute pure golf virgin. In all of my 66 years I believe I played only three rounds (if you could call them that) so I thought I might have left my run too late,” he said.

“My first foray into the weekly beginners class (in January 2015) had to be delayed until November after I broke my arm very badly in a skiing accident. I then contracted pneumonia which put me back again until early this year.

“Even though I had drifted in and out of the beginners classes, the Avondale staff persisted with me and kept encouraging me and I’m glad they did because now I’m loving it . . . I just wish I was better at it.”

Mooney probably should have come to golf a lot sooner as his wife Sue and her mother, father and brothers are long-term Avondale members, but he was busy as a keen skier, a sailor, a rower and a devoted daily runner.

However, now in a regular routine with two lessons a week from Avondale Assistant PGA Pro Ben, he knows he is progressing and importantly has been bitten by the golf bug.

“Ben assures me that I’m making progress and I feel like I am. I just wish there was more consistency in my game,” Mooney said.

“Like skiing, when it’s just such a lovely feeling to get in a good turn, in golf it is similar when you hit a sweet shot as intended.

“With Sue I’ve always enjoyed the social aspect of being a member at Avondale and have met some terrific guys.

“Sue and I are looking forward to travelling to all of the terrific clubs around Australia and the world, with which Avondale has reciprocal playing rights.

“As a beginner golfer at Avondale I really have been impressed with the people there. They have been very warm, welcoming and engaging and the club’s enthusiasm for the game is inspiring.”

They not only attract potential new members, but almost without fail entice them to become part of one of Sydney’s most fulfilling golf memberships.