ESTABLISHED in 1898, the Yarra Yarra Golf Club is proving that a positive, forward-thinking attitude can pay massive dividends in today’s environment, while still retaining the historic, character-filled charm and traditions of a long and treasured past.

Designed in 1926 by Alex Russell in partnership with the great golf architect Dr Alister MacKenzie, the world-class golf course at Yarra Yarra has stood the test of time, and takes pride of place not just among its neighbouring courses of the Melbourne sandbelt, but also among Australia’s greatest layouts. It also features some of Australia’s (and the world’s) most exquisite golf holes. In Tom Doak’s ‘Confidential Guide’, a review of the architecture of the best courses in the world, the four par-3s at Yarra Yarra are rated seventh (the only course in this category in the Southern Hemisphere), while the 11th hole, described by Peter Thomson as a ‘national treasure’, is invariably in the experts’ collections of the “best 18 holes in Australia”.

And while the course today remains substantially the same as the original layout, Mother Nature (as she is prone to do) has imparted some natural changes over time, including vegetation growth, sand spray build-up of bunker edges, and other natural changes which can result in a significant alteration to a golf course. In addition, incremental club-influenced adjustments have been made over the decades. Thus, sightlines, hazards and the overall feel of the course have all been slightly altered over the years. 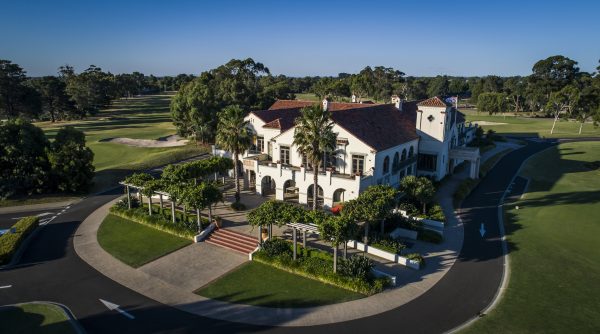 To reverse these effects, and restore the original characteristics that made Yarra Yarra unique and charming, the club has embarked on a bold, new chapter, with a project to give the course a bit of architectural “love”, and return to the unique features that Alex Russell embedded in his original design. Thus, the club is currently undergoing a number of projects to not only improve the look, feel and playability of the course, but also impart modern cutting-edge technology and agronomy.

To that end, in April of 2017, the club appointed Tom Doak and his Renaissance Golf Design team as consulting architects to restore the uniqueness of the original design.

According to David Blake, President of Yarra Yarra Golf Club, the decision to move forward with the project (versus staying with the status quo) was critical to the club’s future.

“The fundamental reason for appointing Renaissance Golf Design is to ensure the Club’s viability into the future,” explained Blake.  “To stay where we are risks consigning us to allowing external forces to influence our longevity. To ensure a viable future we need to have a course that reflects the greatness of its original design; that is fun and challenging so that people want to play the course; and a Club that people want to join – for the next 50 – 100 years.”

The key themes of the restoration project were clear:  improve general views; integrate the tees into their surrounds as part of greater de-cluttering of the site; remove superfluous bunkers and/or reshape those bunkers which are out of character with the Russell style; adjust fairway mowing lines to fully engage with hazards and present strategic risk/reward angles into tucked hole locations; restore altered greens where possible; and judiciously open gaps in the forest for the golf and landscape to benefit.

For Doak, the key to success in the project was to move forward while closely looking at (and protecting) the past.

“It is imperative that any architectural examination be taken with the foremost goals of protecting those holes and features which have withstood the march of time and of restoring those which have not; and doing so at all times with deference to the original style and intent of Mr. Russell’s work.” Doak said.

“Russell’s skilful placement and rendering of greens and bunkers was adequate to focus the golfer’s attention while leaving open opportunities to let the imagination wander farther afield,” Doak added.

Thus, over the past 12 months, Doak and the team at Renaissance Golf Design have begun working their magic.

And the results thus far are simply stunning.

During a round last month by Inside Golf, we were amazed at how “open”, “interconnected” and bright the course has become.  Indeed, it feels (and plays) like a much better course than the one we played just over a year or so ago, yet still retaining the original character and charm.

Though only a few holes of the overall project have been completed thus far, the course is now beginning to feel more like a true Sandbelt course, and less like the Sandbelt/Parkland hybrid that it had slowly become over the years due to the encroachment of vegetation.

The changes are immediately noticeable as you begin your round, as the course now benefits from a slight reconfiguration of the opening holes. The former opener, a 200m+ downhill par-3, is now played as the third hole in the reconfigured layout; the former 6th and 5th (both very enjoyable par-4s) have been moved up the batting order to now feature as the new 1st and 2nd respectively.

The new routing, which may seem minor on paper, has had a significant (and immensely beneficial) impact on the feel of a round, providing a more robust (and enjoyable) opening to the day on the course.

In addition, the clearing-out of a significant amount of vegetation throughout the course (which has been replaced by a flowing placement of turf in many places) has opened up the views significantly, and made the course far more playable (while also bringing it back to the way it was meant to be played, according to the original design). Gone are many of the bulky pine trees and shrubbery which proved cumbersome and “choking” in places. Their removal has revealed some majestic “feature” gums which add tremendous character. In addition, the flow from green to teebox in many areas is vastly improved, resulting in a more “interconnected” feel.

The current course conditioning is also a standout, with the greens, fairways and rough looking and playing significantly better than any time in recent memory. This is all certainly the product of another recent project by the club which focussed on organic golf course maintenance programmes; specifically the use of compost on greens and surrounds to reduce thatch levels and improve the health of soils. The club have been working very closely with two industry consultants, John Neylan (Turf Grass Consulting Research) and Dr Mary Cole (Agpath) with great success. Inside Golf’s sneak peek of these programmes reveals an amazing transformation in the works.

“The focus on organic golf course maintenance programmes has been a significant step in improving our playing surfaces, as well as reducing our environmental footprint,” said General Manager Peter Vlahandreas.

Of course, no review of Yarra Yarra would be complete without mentioning the magnificent clubhouse. It is a central feature of the club, and is also a personal favourite of the editorial staff at Inside Golf. The Mediterranean-inspired facility features vast terraces, classic internal architecture and beautifully appointed meeting and function rooms. It is a relaxing and warm environment for pre or post-round beverages and food, sporting a perfect blend of “historic feel” with all the modern amenities.  The food we sampled during our visit was top-notch (as it always has been at the club), while the service was equally exceptional. And as it’s only 30 minutes from the Melbourne CBD, the club is also a perfect spot for Corporate Golf days, weddings or other business functions.

Moving forward, the project will continue with the reconstruction of additional greens and bunkers, widening of fairways, an upgrade to the practice range, and the development of an exciting short game area. Plus, the club has plans for a unique par-3-type of facility which will be unlike anything currently in Australia (watch this space!).

It is clear that there is a newfound energy and focus at Yarra Yarra, which is sure to see the club generate a flurry of new members, and return to a very lofty course ranking in the near future.  Indeed, Yarra Yarra is the epitome of a forward-thinking, positive club, and they are setting the benchmark for how to properly and positively future-proof their facility for long-term success.