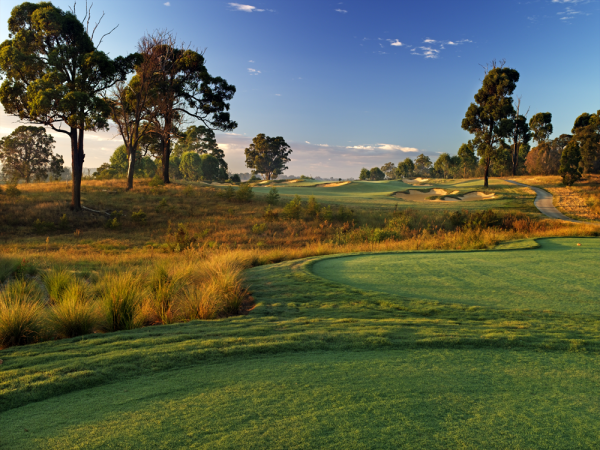 HOME of the NSW Open…now that does have a certain ring to it.

You only have to glance at the honour roll for that tournament and you’ll see why it’s become an important quiver in the bow of Sydney’s Twin Creeks Golf and Country Club.

This iconic event heads there again this month for the second of a five-year tenure as Twin Creeks continues to charm some of Australia’s best professionals with its marvellous greens and impressive layout.

The late, great Jim Ferrier won this event five times while he was still an amateur; the late Norman von Nida won it an incredible six times.

Jason Scrivener streeted a class field to win last year’s Open at Twin Creeks, winning by an amazing six shots from another up-and-comer in Lucas Herbert.

Scrivener would later describe Twin Creeks’ greens as among the best he had played and, like many of his fellow professionals, he’s champing at the bit to return and defend his title at Twin Creeks from November 8-11.

And Scrivener is right, it doesn’t take a tournament win to fall in love with this place.

The Graham Marsh-designed Twin Creeks is set among 850 acres of rural landscape with a stunning woodland backdrop in the Nepean Valley.

Opened in 2006, this course and club quickly built a reputation as one of New South Wales’ ‘must play’ venues.

For at least a decade Twin Creeks has set the pace in the luxury residential golf market in western Sydney.

What was originally hailed as a bold gamble by the original owners in developing this large parcel of land at Luddenham is now certain to bring greater success in spades with the first sod of dirt already turned on the nearby Badgerys Creek Airport, which will soon have foreign golf lovers jetting in and heading straight for Twin Creeks to check out just what a marvellous test of golf it is.

Course designer Graham Marsh certainly saw the potential in Twin Creeks and when I walked this site with him more than a dozen years ago, this globetrotting professional already pictured a golf course that would have the ‘wow’ factor when completed.

He made sure of that by adding some of the best bunkering on any course in this country – and certainly a test for both the rank amateur and the seasoned professional.

Just 12 years on and Twin Creeks is now home to at least 200 homes with a five-star resort also part of the plans…again bringing something new to that western Sydney region.

Its architecture and design will be integrated into the clubhouse with the aim of making it the best accommodation and entertainment venue in Sydney’s west.

Upgrading the clubhouse and the golf course are also part of the plans.

While Marsh already has his fingerprints on some of the best layouts in this country (Terrey Hills, Palm Meadows and Paradise Palms are three that immediately spring to mind), he has certainly made the Sydney golf scene sit up and take notice with his Twin Creeks masterpiece.

Narrowly pipped as an inductee into the World Golf Hall of Fame this year, Marsh mixes a delightful blend of short and longer holes here that will make for great viewing when the Open returns there this month.

The 302m par-four third hole is a perfect case in point and one where many of the professionals will be contemplating an easy birdie or possibly even an eagle putt if they can “thread the needle” and drive the green.

There’s plenty of trees, though, and part of one of the ‘twin creeks’ looms on the right and anything less than the perfect drive will have you hoping you can hit a perfect wedge for your second.

Another ‘beauty’ is the par-five 15th which causes so much trouble if you cannot hit the ball straight off the tee and over the ridge. Not unlike the famous fifth at NSW GC at La Perouse, it requires some accuracy and some length if a birdie is to be registered on your card as the adjoining timber forest swallows any errant tee shots …and there’s usually one in every group.

Twin Creeks first opened in February 2006 with its name being derived from the two major creeks, Cosgrove Creek and South Creek that meander through the property, joining north of the estate and continuing as south creek to the Hawkesbury River. In keeping with this trend, the aptly named Paperbark Restaurant overlooks the stunning 18th hole, natural woodland backdrop and native Paperbark Trees. 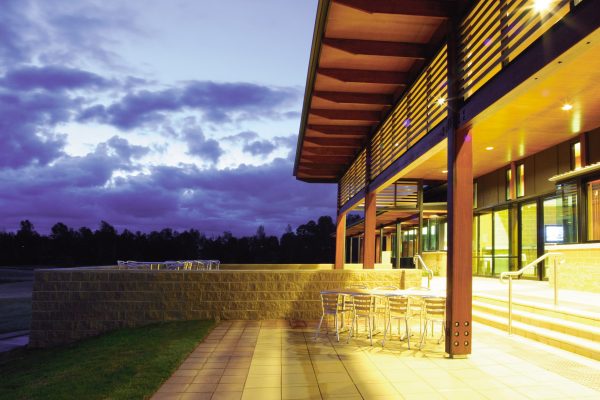 The championship layout, quality of the greens and challenging experience has seen its positioning hold strong in the top 100 golf course in Australia since opening.

But enough from us, let’s hear from some of the pros who enjoyed their golf there so much an even stronger field is tipped to turn out this month.

US PGA Tour rookie Kramer Hickok, for instance, had this to say about Twin Creeks:

“These are probably the best greens I’ve putted on in the last five years. They are so pure…if you have an eight-footer and you miss it, it’s on you.”

Scrivener, who went on to win the event, said players didn’t get to putt on greens as good as that when they played in Europe.

“These are an absolute treat,” he said.

It’s no wonder Marsh has admitted he had hoped Twin Creeks would come to be known as one of Sydney’s premier golf courses.

“I really rate Twin Creeks as being among the best layouts in Sydney,” said Marsh.

“The most important thing [in designing a golf course] is listening to the client and trying to give them a product that they are happy with.

“I think I’ve done that in many of our golf courses …and that’s what makes me proud.”

It will be a proud moment for Twin Creeks when they crown ‘their’ second NSW Open champion in a couple of weeks’ time.

And like the course itself – it’s a chance to join the greats of the game.