QUEENSLAND volunteer of the year Terry Ward says the golf industry would benefit from a volunteers program that compensates younger golf club members who volunteer their time.

Neil goes in to bat for Strathfield

By David Newbery on July 31, 2013 No Comment neil hardy, strathfield

COLOURFUL is just one of the words used to describe the working life of Strathfield Golf Club general manager Neil Hardy. Other words that come to mind include exciting, intoxicating, fun, stressful, hectic and testing. It started when he left school to work the floor of the stock exchange during the exciting Poseidon nickel boom […]

Frank Williams needs little introduction in Australian golfing circles. As co-founder of the Australian Masters golf tournament, business manager to Greg Norman/Great White Shark Enterprises, Director at the ALPG and a raft of entrepreneurial endeavours, it can certainly be said that this man knows his golf. So when Williams announced that he was coming out of retirement to launch an exciting, brand-new event in Australian golf, the industry stood up and took notice.

SCOTT Proctor has been at the helm of Meadows Springs Golf and Country Club for five years and his hospitality background, hard work, common sense and a hands-on approach is working wonders.

By David Newbery on July 10, 2013 No Comment Matt Cleverdon

THE decision to drop out of university and pursue a career in golf has paid dividends for Matt Cleverdon after he was named Victorian Teaching Professional of the Year.

PROFESSIONAL golfers say golf can be a lonely sport, but many rookie professionals are left feeling forlorn when playing in a foreign country. Young Perth-born professional Jessica Speechley, a rookie on the Japan LPGA Tour, is one of those players.

UNASSUMING and modest, Kel Nagle easily masks his significant golfing deeds. “It’s been a nice journey,” is how this quiet, humble man sums up his stellar career, which includes winning the centenary Open Championship at St Andrews. Still, Kel has an astonishing recall for tournaments he played in more than 50 years ago. He can […]

OLD habits are hard to break – especially when you’re Adam Scott. The 32-year-old with movie star good looks is rightly Australia’s pin-up boy after winning the US Masters, but when he attended Kooralbyn International School in the late 1990s he wasn’t shown any special favours, according to former classmate Henry Epstein. Scott, like most […]

Su Hyun Oh tweets an early morning photo of a vacant chipping green at Metropolitan Golf Club with the caption “entire green to myself!” The 16-year-old amateur has both a handle on the ever-advancing digital space and a genuine love for the game she has played since the age of nine. I stand beside her […]

By Andrew McKenzie on October 24, 2012 No Comment rory mcilroy

In my opinion, golf’s newest sensation, Rory McIlroy, is the real deal. I have no doubt that this is the guy who will dominate our game for the next decade. With the exception of Louis Oosthuizen at The British Open, no player other than Woods has been able crush a Major field like McIlroy did in his two victories.

The life of Brian (Jones)

By David Newbery on October 23, 2012 No Comment brian jones

FORMER champion touring professional Brian Jones is slowing down … and for good reason. The 61-year-old, an 11-time winner on the Japan Tour, says he fears he will become a “nutcase” if he continues playing tour events.

By David Newbery on January 21, 2012 No Comment O'Malley, featured

AUSTRALIAN veteran and European Tour stalwart Peter O’Malley has quit the European Tour. Bathurst-born O’Malley began 2011 with good intentions, but his season never really caught fire so, after more than two decades, he has pulled the pin although he hasn’t exactly hung up the clubs. “I have just finished playing in Europe and next […]

By Inside Golf on December 19, 2011 No Comment anstey, featured, the coach

A mid-week wander down to the driving range provided me with a glimpse of one of the most interesting swings I have seen in a long while. The guy swinging the club was tall, very tall and somewhat… “Praying Mantis”-like. A closer look revealed that it was my good buddy, Chris Anstey. So I took […]

By Inside Golf on December 14, 2011 No Comment appleby, featured, juniors

Stuart Appleby is well known for his extraordinary golfing achievements around the world but on home soil he is also known for his contribution to junior golf.  In 2012, the evolution of his beloved junior golf foundation, Stuart Appleby Junior Golf, will take its next steps, joining forces with Golf Victoria to form the development […]

Conversations with The Coach: Andrew Gaze

By Inside Golf on November 26, 2011 No Comment audio, featured, gaze, people

Every now and again I get to catch up with my old mate Andrew Gaze and talk, amongst other things, golf. The ex-NBL/NBA star, Olympian, basketball legend and all-round great bloke has plenty of stories up that very long sleeve. And the guy certainly loves his golf. Prior to a recent chat—when he thought nobody […]

IF former Australian cricket captain Ricky Ponting could, he’d play golf seven-days-a-week. That’s how much he loves the game. Punter, as he is known in cricket circles, grew up in a sporting family. His father Graeme was a good golfer, cricketer and played Australian Rules Football and his mother Lorraine was a state vigoro champion. […]

By David Newbery on March 3, 2011 No Comment ladies, pace, women

THE ANZ RACV Ladies Masters at Royal Pines Resort had it all – a new world number one in Yani Tseng, a couple of former number ones, colourful characters, golfers from almost every golf playing nation on the planet and plenty of eagles and birdies. It even had Europe’s number one – little-known South African […]

PGA Australia chief Max Garske –one of the most influential figures in golf in this country — is stepping down from his post after 23 years as CEO. He leaves behind a very different organisation to the one he joined back in 1985 and a legacy of achievement that will be difficult to emulate.

AUSTRALIAN professional Rachel L Bailey has put the demons of a debilitating health problem behind her as she prepares for an assault on the Ladies European Tour (LET). For the past three years Bailey, who turned pro in 2003 and played the US Futures Tour, has worked hard on and off the golf course to […]

Ryan McCarthy: Down but not out 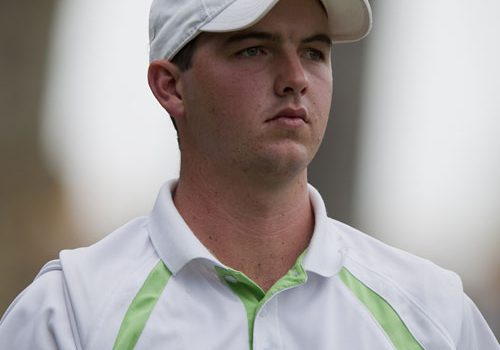 Australia’s top-ranked amateur and world number 15, Ryan McCarthy, is out of the game for the interim period following a surfing accident which resulted in the 21-year-old dislocating his left shoulder. McCarthy was swimming in the surf at Redhead Beach on the Saturday of the Lake Macquarie Amateur when, without warning, his left shoulder popped. […]

By David Newbery on January 27, 2011 No Comment floods, redback

BRUCE and Sandy Ottaway had it all worked out – work hard for a few more years and then sail off into the sunset. But Mother Nature scuttled their plans when the disastrous Brisbane flood ripped through their golf supplies business at Rocklea. 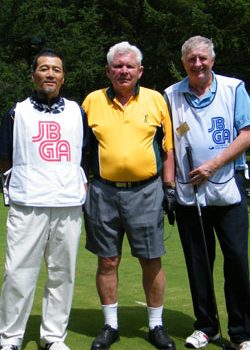 The next time you’re lining up a putt, gauging the distance to the green, or simply just trying to make contact with the ball, imagine what it would be like to accomplish the feat without being able to see.

One to watch: Tom Lewis

By Anthony Powter on January 25, 2011 No Comment amateurs, tom lewis 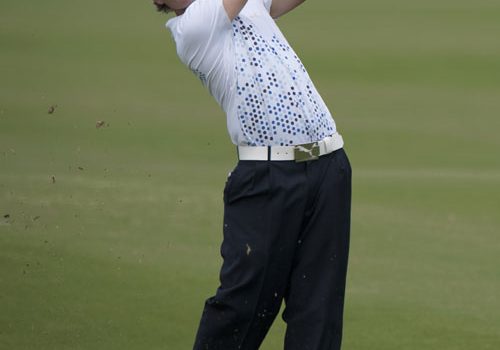 Tom Lewis continues to show why he is one of the world’s best amateurs. At the Australian Open in Sydney, the 20-year-old Englishman collected the amateur medal for the championship. The week before in the Hunter Valley he’d pushed European Tour journeyman Peter O’Malley to the wire at the NSW Open championship, eventually going out […]

While the days of plus-fours may be long behind us (for now, anyway), the boring old collared golf shirt and shorts are now being reinvented by creative and talented designers with an eye for fashion and a hint of flair 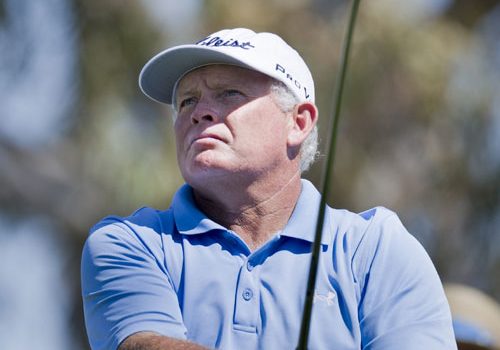 US President George W. Bush once called former Prime Minister John Howard “a man of steel”, but Australian golf’s man of steel has to be Peter Senior. Senior showed his mettle when he rallied to win his third Australian PGA Championship at age 51 – the oldest winner of the event. And he captured the […]

Refreshing Alison to be herself