By Larry Canning on September 7, 2021 Comments Off on Drewitt negotiates tour rollercoaster ride with aplomb

YEAH, I know, I’m always waffling on about the thin line that separates tour stars striding down a fairway with wall-to-wall fans cheering on an impending victory and another two years of play for millions. It’s a combination of an adjective and an amount of money – the equally talented pros anxiously creeping down the […]

Wednesday. Brooks hates Bryson, I hate Patrick Reed and everyone hates the course.  I’ve never seen so many players struggling to find the appropriate words to describe Royal St George’s without the R&A belting them with a fine.  In one interview, even the ever so eloquent Koepka started down the path to violation-town but produced […] 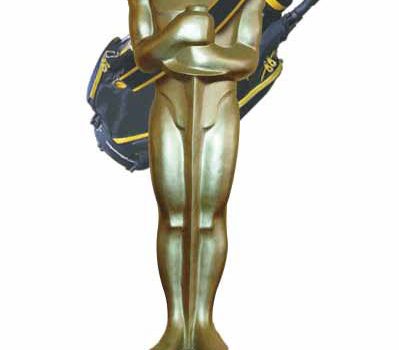 As you are probably aware, “The Larrys” have been awarded to some seriously significant golfing luminaries since they were created all those years ago. “Just how long ago?” I hear you ask. “Damn fine question”, I hear me say. They actually date back to 1497 when my ancestor “Prince Larry the Impaler” used to cut […]

As part of my plan to self-educate my way to some kind of level of middle-aged competence in the field of “Golf Technology”, I recently booked a session at the TaylorMade Performance Lab in Brisbane. I have to say, it was nothing short of mind blowing. Here’s a diary of my day: It was my […]

By Larry Canning on June 25, 2014 No Comment larry canning

When I was a young trainee golf professional, being asked for advice on golf equipment required little more than offering a choice of “B51 or Hot Dot ball” or selecting one of the three different types of clubs on display. My advice was based on my estimation of the customer’s previous year’s earnings and whatever […]

Why does it have to be ‘Super’ tough? 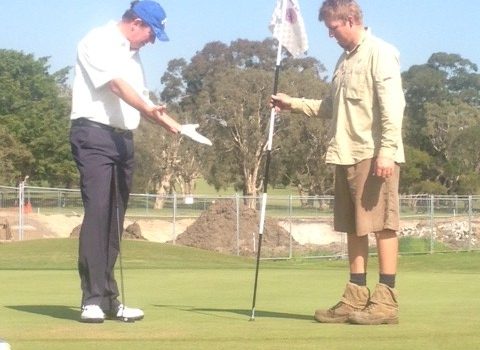 Chook Fowler still pecking away with the world’s best

Back in 1983 when a young blond-haired Peter Fowler won the Australian Open and set out on an international career, he probably figured 30 years later he would be sitting in front of the fireplace wearing slippers and telling his grandkids how good he once was.

Not in the case of Fowler. The 54-year-old veteran is currently putting the slipper into the backsides of the best European Senior Tour Players and pocketing some serious Euros as a result.

The legend of Cart ‘C’

By Larry Canning on October 24, 2012 No Comment larry canning

I was recently driving a golf cart at break neck speed–which as you know could be upwards of 12 KPH–trying to stay in front of a storm that looked like it could take out Wollongong. When I found myself dangling two wheels over the edge of the water hazard on the 6th, I remembered just how bloody dangerous these little electric missiles can be.

I thought the public was a little hard on Tiger when he was forced to sack his caddy of 12 years and five thousand wins. You see, I too have been down that very same path. Like Tiger, I’ve had to make some very difficult decisions which have literally torn the heart from many of […]